Editor’s note: This story is part of a series celebrating 150 years of a daily newspaper in Fond du Lac County. The series runs in print on the last Sunday of each month.

FOND DU LAC – With movie theaters slowly reopening after the COVID-19 pandemic closed their doors, this year marks only the most recent time theaters have had to adapt to change.

During the Romantic age of theater, Crescent Opera House opened its doors with Shakespeare’s classic, “As You Like It,” starring Helena Modjeska in 1887, according to The Reporter archives.

In the central location of Second Street and Marr Street, the opera house also saw a variety of shows over the years, including the likes of the Cherry Sisters and a local production of W.S. Gilbert and Arthur Sullivan’s “The Mikado,” the latter of which fared poorly in the eyes of an Oshkosh reviewer.

The headline read “Murder at Fond du Lac — Ruthless Slaughter of Opera by Home ‘Talent’” in an undated clipping forwarded to The Fond du Lac Commonwealth Reporter in 1974.

Despite that review, the venue thrived into the 20th century and the beginnings of motion pictures.

The Crescent Opera House once stood on the corner of Marr Street and Second Street as a key entertainment venue in Fond du Lac until the early 20th century. From the book “A Photographer’s History of Fond du Lac County” by Ray Thornton. (Photo: USA TODAY NETWORK-Wisconsin file photo)

“The old Crescent in its day was the scene of many fine plays,” an unnamed Fond du Lac resident recalled in 1936, citing not only Shakespeare, but also the comedy “The Spring Chicken” by George Grossmith Jr. “How many people, I wonder, remember Flint, the hypnotist, who appeared annually at the Crescent?”

The same resident, a homecomer for the city’s centennial celebrations, noted the theater experience to be a formal affair — evening wear, opera glasses and even “theatre parties” after each show, mostly at Erving cafe, Palmer house or Hope’s Candy Store.

Late Fond du Lac historian Langdon Divers recalled going to the Crescent Opera House as well around 1906 to see a movie that had depicted “an old automobile coming toward us on screen, and when ran into a puddle of water, and splashed it over the big screen, it frightened me, so I cried,” he said in a 2003 edition of The Reporter.

Around the same time, in 1906, another entertainment venue muscled its way into Fond du Lac, an opening that was revisited 60 years later in the Fond du Lac Commonwealth Reporter.

The Henry Boyle Theatre opened on Sheboygan Street with “His Grace de Grammont” starring Otis Skinner, much to the excitement of the public.

The Henry Boyle Theatre, pictured on the right, opened in 1906 on Sheboygan Street. From the book “A Photographer’s History of Fond du Lac County” by Ray Thornton. (Photo: USA TODAY NETWORK-Wisconsin file photo)

In the end, they closed the Crescent Opera House four days before the Boyle Theatre’s opening show.

While waiting for the inaugural show, the orchestra played Mendelssohn as a candy company representative distributed candies in heart-shaped boxes to the women in the audience. Each box read “Occasion, Opening of the Henry Boyle Theatre, Jan. 16, 1906.”

The Crescent Opera house was converted into an automobile garage, but its legacy ended fully when it burned down in a 1908 fire that spread to five churches, a school and several other buildings.

“The fire departments were helpless because of the strong south wind,” Divers said. “Most everybody in the city was awake and outside, and thought the whole city was going up in flames.”

The Boyle Theatre lived on for many more years, eventually evolving into a movie theater first called the Garrick, then the Fox. Now, however, it is a parking lot.

The Idea Theatre opened in 1905 and was a popular venue for vaudeville performances. (Photo: Courtesy of Fond du Lac County Historical Society)

An advertisement for Douglas Fairbanks’ “The Three Musketeers” at Bijou Theatre dated 1922 claims the film to be the “greatest attraction ever brought to Fond du Lac.” (Photo: Courtesy of Fond du Lac County Historical Society)

Managing Director Frank W. Fischer addressed the community in an opening night souvenir program that read, “It is with the utmost pride that we dedicate Fischer’s Fond du Lac Theatre to the theatre-goers of Fond du Lac. We have strived to make it an edifice of artistic beauty and restful comfort.”

“There was a race that year between the owners of the Retlaw and Fond du Lac Theatres to see who could finish their buildings first,” Robert A. Friess, vice president of the company that owned the Retlaw Theatre, recalled in 1975.

Opening night was the coldest night of the season, but that didn’t stop patrons lining Sheboygan and Main Streets, eagerly waiting for the doors to open for a night of vaudeville entertainment.

On the other side of the Great Depression and World War II, the two theaters were still thriving, and were joined by a third.

In 1950, Sam Costas and Al F. Gran built the Lake Park Outdoor Theater, complete with a concessions stand and an amusement area. An included merry-go-round offered free rides to children at the Beer Hut, an adjacent drive-in also owned by Costas.

The arrival of the outdoor theater ushered in a golden age of movie-going in Fond du Lac.

Families settled in with popcorn and their window speakers to watch the night’s film after the dancing hot dogs featured in the pre-show concession animations. Teenagers socialized, couples whiled away date nights and children struggled to stay awake after their bedtime, seated beside their parents.

Theaters were so successful that Fond du Lac found room for a fourth major arrival on the film scene in 1973.

Cinema I and II in the Forest Mall offered two screens and cushy seats, as well as a small art gallery in the lobby and other features new to the customers.

“The uniqueness (of the screens) comes from their picture window concept that enhances the image,” The Reporter read when the theater opened. “Uniqueness of the chairs comes from the fact that they may be literally slid back, providing (25%) more ‘leg room’ than usually associated with theater seating.”

But attendance eventually dwindled, and the four theater establishments no longer shared the empire of the film entertainment business.

The Retlaw Theatre was one of the theaters that came out on top in the 80s, expanding into three screens around the same time that the Fond du Lac Theatre closed in 1984.

The Lake Park Outdoor Theater had already closed a few months previously in a wave of outdoor theaters being deemed “economically not worthwhile” across the nation, according to The Reporter archives.

Then in 1998, even the Retlaw Theatre ended its tenure with the city and closed.

All three structures were torn down in the months and years since they closed. The front structure and lobbies of both the Retlaw Theatre and the Fond du Lac Theatre were kept intact as downtown storefronts, but the outdoor theater was fully razed in favor of a shopping center.

The last to go was the Retlaw Theatre, which was utilized since its closure but had sat vacant for eight years before being mostly demolished in 2014.

Despite several of Fond du Lac’s theaters closing, Cinema I and II had no time to serve as the sole film space before the new Fond du Lac Theatre opened at 1131 W. Scott St.

Brothers Dennis and Paul Frank, who also owned both Cinema I and II — at this point known as the Forest Mall Cinema — and the Retlaw Theatre, built the new theater in 1998. They closed the Retlaw Theatre just before the new one opened.

“We were showing Titanic,” Dennis Frank told The Reporter in 2014. “One theater closed and one opened the very next day.”

Patrons in this new era of Fond du Lac’s theaters were excited for eight screens, an arcade in the lobby and the stadium seating.

The theaters entered the 21st century with the Forest Mall Cinema showing two movies at a time, and the Fond du Lac Theatre showing eight, which worked out for over ten years.

In 2014, the Frank family decided that one theater alone would be more economical and let the lease on the Forest Mall Cinema expire.

A rendering of the renovated Fond du Lac 8 Theatres, soon to be renamed Odyssey Grand. The renovation will included a updated exterior. (Photo: Courtesy of Odyssey Entertainment)

In an announcement from 2019, the company hopes to add a three-story tall “Premium Large Format screen,” reclining seats, more stadium seating, an “immersive sound and a high contrast laser project system” and an updated exterior.

Work was supposed to start this year, but the pandemic has complicated the plans. Odyssey Entertainment has not offered any updates as of Aug. 25.

Odyssey Fond du Lac 8 reopened Aug. 21 — for weekends only — with the opening of new release “Unhinged.” On Sept. 2, they plan to open for weekdays to coincide with the release of “Tenet.”

For now, attendance will only be at 25% capacity per theater, and masks will be required except while eating, according to the Odyssey Fond du Lac 8 Facebook page. 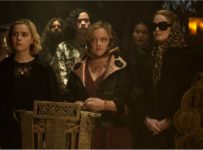 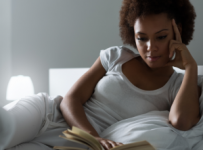