The automotive industry has relied on humans in the assembly process for more than a century, but relying on technology to help keep those workers in tip-top shape is a relatively new phenomenon. To that end, Ford has two new tricks up its sleeve to mitigate the side effects of factory work.

Late last year, Ford unveiled its EksoVest exoskeleton, which it began testing in order to reduce fatigue during repetitive tasks. Now, that system has rolled out to 15 different Ford plants around the world.

The EksoVest is a lightweight wearable exoskeleton that provides between 5 and 15 pounds of lifting assistance to Ford’s factory workers. It’ll fit people of various heights ranging from 5 feet, 2 inches to 6 feet, 4 inches.

During testing, workers reported feeling less fatigued at the end of their shifts, which is important: Not only does this reduce potential factory downtime, it improves the quality of life for workers dealing with overhead tasks, which can amount to the equivalent of lifting a bag of flour over your head more than 4,600 times per day.

At Ford’s engine assembly plant in Valencia, Spain, the automaker uses a suit equipped with the same kind of body-tracking tech that sports teams use to perfect an athlete’s form. In Ford’s case, it’s used to examine workers’ posture to develop workstations that place less physical stress on its employees. Just like the EksoVest, the benefits include happier employees and less potential downtime.

The suit packs 15 different light sensors, which are connected to a detection unit. Four different cameras track how the sensors — and the body they’re attached to — move. Ergonomists then use that data to help Ford design new workstations, in addition to helping workers improve their posture. It’s just a pilot program for now, but if it proves fruitful, Ford could also roll out this tech at other facilities in Europe.

Ford Mustang Bullitt: We recreate an iconic chase scene on the streets of San Francisco. 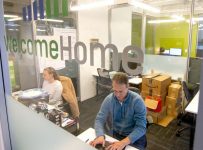 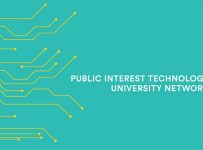