Two shows remain on the calendar for Fort Smith Little Theatre’s 2020 season. “Parfumerie,” described as “a warm, gentle comedy that follows the tangled tale of Parfumerie employee George,” is scheduled for Nov. 12-14 and Nov. 18-21, and the smaller, “off-season” production of “The Holiday Channel Christmas Movie Wonderthon” is set for Dec. 10-12.

Realistically, says FSLT’s new media liaison, Lora Rice, “we plan to remain dark until we are confident we can be compliant with all state directives and can offer a safe, enjoyable, live ‘in-person’ theatrical experience for our volunteers and patrons.

“Although it is unlikely we will be able to perform our November and December shows, they are still on the calendar; an announcement regarding their status will be made soon.”

Like so many other community theaters, FSLT was caught mid-season by the onslaught of the coronavirus.

“In February, we performed ‘The Glitter Girls’ as the first of six full-run productions planned for 2020,” explains Rice, who has been involved on stage, back stage and on the FSLT Board of Directors since 2000. “Then in the first week of March, we presented an off-season show, ‘Radium Girls,’ and had to close due to covid-19 about 10 days later as rehearsals for ‘A Southern Exposure’ were already under way.

“We have been dark ever since.”

FSLT has been performing “continuously” since 1947, Rice points out. The theater operates on a calendar-year schedule rather than launching its new season with the new school year, so remaining on the slate for 2020 were “Deathtrap” in June; “Annie” as the summer musical in late July and early August; “The Tin Woman,” the story of a heart transplant recipient, in late September and early October; followed by “Parfumerie” in November and “The Holiday Channel Christmas Movie Wonderthon” in December.

“As an all-volunteer organization, we do not have salaries to cover” during the shutdown, Rice says. “However, we do have ongoing facility maintenance and business operating expense. We have trimmed expenses as tightly as possible, and thankfully some of our patrons and business donors have continued making donations.”

“We have a complete season planned for 2021 that would normally be announced in late October,” she adds. “Unfortunately, we are uncertain at this time when the season announcement will be made. As currently written, government directives regarding crowd limitation and physical distancing restrictions for the audience, on-stage and back-stage areas, will likely mean we will remain shuttered until sometime in 2021. Until guidelines are eased, it would be both fiscally and physically challenging for our intimate theater to offer the enjoyable live theatrical experience our volunteers and patrons have come to expect.

“With the continued support of our community, we will be here ready and anxious to perform again at the end of this long, forced intermission,” she concludes. “After all, the show must go on. Just not right now.”

Donations to support Fort Smith Little Theatre can be made online at fslt.org or mailed to P.O. Box 3752, Fort Smith 72913.

Also in the River Valley, the University of Arkansas at Fort Smith would normally be announcing its Season of Entertainment. This fall would be Season 40, says the series’ founder, Stacey Jones, associate vice chancellor for campus and community events at UAFS.

Instead, Season 40 will be delayed a year.

“Live entertainment is a social event meant to be enjoyed with others,” Jones says. “That communal experience is almost impossible to deliver during the pandemic. As we looked at the many restrictions involving covid-19, including seating limits for our performances venues, it became apparent that we would have to postpone this year’s Season of Entertainment.

“We are working on what will be our Season’s 40th anniversary celebration,” he adds. “At this time, our goal is to announce the upcoming season in late spring of 2021.”

Whether theater and music performances produced by UAFS students will take place has not yet been decided. 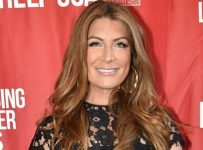 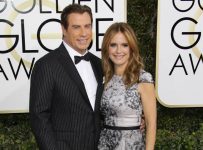