Over-representation of male students among high achievers in science is still striking. Educational research keeps exploring why this is and what role some powerful gender stereotypes still play in determining this pattern. The Trends in International Mathematics and Science Study (TIMSS) shows that there is a general positive trend towards gender equality in education – but this is also country-specific. I have raised two sons and a daughter, and I always tried to avoid gender-specific treatment. But guess what – while my sons always preferred playing with some technical toys, my daughter was devouring one book after another, and she told me that she hated math as early as 10 years old. Today, both boys study engineering, whilst my daughter studies law – a subject barely touching on math or science. So, I asked myself: did I do anything wrong? Or is there any genetic disposition causing different preferences and achievements regarding MINT (mathematics, information technology, natural sciences and technology) subjects?

A reduction in boys’ historical advantage in science

As a statistician, I of course won’t draw general conclusions here based on three ‘observations’, but this did get me curious. I work for the International Association for the Evaluation of Educational Achievement (IEA), which conducts a large-scale, national, comparative study covering these topics for more than 20 years: the Trends in International Mathematics and Science Study (TIMSS). This study assesses student achievement in mathematics and science at fourth and eighth grades every four years since 1995. This study provides a wealth of data, also to answer my ‘research question’. In fact, study results from 2015 reveal that still, boys outperform girls in mathematics and science in many countries, but the good news is, there are also many countries with no gender differences. 20-year trends even show a great reduction in boys’ historical advantage in science (see here for more information).

Our analysis showed that while the gender gaps that existed 20 years ago have persisted to some extent, gender equality in education has increased.

Gender equality in education has increased

My colleague Falk Brese and I wanted to dig a bit deeper into this data, focusing on the highest and lowest achievers. Would we find more girls or boys in either group? Did patterns change over time?

After crunching the numbers, there is some good and some not so good news. Our analysis showed that while the gender gaps that existed 20 years ago have persisted to some extent, gender equality in education has increased.

Especially the persistent trend of an over-representation of male students in the group of high achievers in both mathematics and science is striking. But patterns differ between countries – some were able to break this trend, hence they seem to be more successful in raising girls’ interest and achievement in these subjects. If you are interested in more details, click here for a summary of the results related to science in policy brief format, or here for the underlying scientific paper.

I am looking forward now to the release of the TIMSS 2019 data on 8 December 2020 – I truly hope the positive trends will continue. I’m convinced that sex is not what determines differences in gender preferences regarding subjects, but instead, stereotypes created and perpetuated within society. Let us fulfill our responsibilities as parents, teachers, and educators seriously to allow these stereotypes to desaturate. Perhaps one day my daughter will have a daughter, and this grandchild will study engineering. 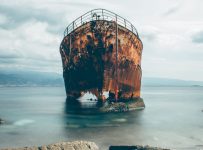