Ignite also includes potential 2021 draft picks Isaiah Todd, a 6-foot-9 forward from Richmond, Va., and Daishen Nix, a 6-foot-3 point guard from Las Vegas. All four were playing high school basketball last year and were heavily recruited by colleges before settling on the G League. Kai Sotto, a 7-foot-1 center from the Philippines, who played with Atlanta-based The Skill Factory, also is on the Ignite squad.

Jack believes the G League pathway could replace the NBA-instituted one-and-done, in which draft rules leave players feeling forced to attend college for one season while they wait to gain draft eligibility. The Ignite, led by long-time NBA player Brian Shaw, will participate in an 18-team tournament beginning Feb. 10 in Orlando that will be showcased on several TV and social-media platforms.

Jack has a point-guard mentality with the teenagers, which is to facilitate and make it about them, just as he would with an NBA team’s All-Star. His role has some of the same characteristics of what the Hawks are asking Rajon Rondo to do with Trae Young, Cam Reddish, Brandon Goodwin, Kevin Huerter, and De’Andre Hunter.

“I have told them they might walk out there one night in the NBA game and just be the fourth best player that night, and you still have to find a way to be productive,” Jack said. “That’s where the know-how comes in, the cerebral part of the game … knowing coverages … what are the reads when I get in these coverages.”

“No. 1, he’s a good player. No. 2, he loves and respects the game of basketball, and No. 3, Jarrett is a guy always looking to pay things forward,” Hewitt said. “Somebody did something for him in his life, he wants to do something similar for somebody coming behind him. That’s why he was such a great leader for us at Georgia Tech.”

It is going to quite the balancing act for Jack, who joined the team Jan. 14. Ignite has to groom young players and, at the same time, not get blown out by G League teams with ambitious vets trying to get into the NBA.

“We’re going to be on TV a lot; they don’t want to be described as ‘they came and got killed the whole time’, or ‘they look like a bunch that hasn’t been together’,” Jack said.

It is ironic that Jack is the mentor figure now after a somewhat unstable high school career that saw him attend three private schools – DeMatha Catholic in Maryland, Mount Zion Christian Academy in North Carolina and Worcester Prep in Massachusetts.

“We checked on his character,” Hewitt said, “and there were people in his life that I had known for a long time and they all swore by him. And I’ll tell you a story about that. I knew the coach at Worcester, and I went up there and talked to Jarrett and the coach. Jarrett leaves, and I talk to the coach some more. We come out of the office and here is Jarrett playing a game of indoor pickup soccer with these kids, and it’s an international community at that school, kids from different backgrounds. Mo, the coach, looks at me and says, ‘That’s why everybody here loves this kid’.”

Added Hewitt, “We were fine with his character; there were no character issues.”

“I think we play them the fifth game, and it is my duty to get coach Hewitt a technical,” Jack said with a laugh.

It is that warmth and playful vibe that Jack will use to put the budding teenage stars at ease in the tournament. Basketball is important to him, and Hewitt is right, Jack feels a sense of duty to the game.

“I honestly just love helping people,” Jack said. “I love basketball. I’m enamored with the game. I love being around it in any capacity. So, you know, getting around these young guys like Jalen and Jonathan, and Daishen and Isaiah, I remember when I was learning how to get adjusted. I was trying to get adjusted to the college system. They’re skipping right over that … so I’m trying to hip them to the learning curve as much as possible. 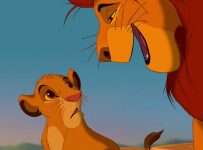 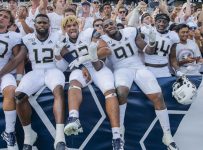