Girls’ Generation is preparing to debut a new subunit later this year.

On Thursday, the group’s agency S.M. Entertainment said, “The unit is preparing for a new album. More information will be revealed later.”

Six years have passed since the debut of the Girls’ Generation’s first subunit TTS comprising Taeyeon, Tiffany and Seohyun.

It has not been revealed who will be part of the upcoming project. Meanwhile, Taeyeon, YoonA, Sunny, Hyoyeon and Yuri have renewed their contracts with S.M. Entertainment. 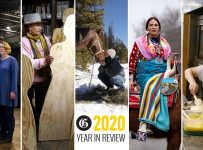