I’m halfway through A Walk on the Wild Side by Nelson Algren. It’s about Fitz Linkhorn, a ne’er-do-well from the American Midwest. In the early part of the last century, he travels across America in search of opportunities, and ends up as a stud in a brothel in New Orleans. It’s the book that gave Lou Reed the idea behind the song. It’s got a lot of American slang in it, which is quite impregnable at first. Algren’s got the most wicked, evil sense of humour – it’s black but really funny. I’m also reading a book called It Can’t Happen Here by Sinclair Lewis, which is about a bloke who becomes president of America in the 1930s on an outlandish ticket, and it’s got direct parallels with Trump. It would make a great movie.

The Wolseley in London. It’s always interesting there. One of the people who was always there when I used to go more regularly was Lucian Freud, and they’ve got a cocktail named after him now. Also, while I’ve temporarily given up meat because I saw something on the telly, there’s a restaurant on Maiden Lane called Rules, which is the oldest restaurant in London. I took some American friends there recently, and there’s a room in there where a James Bond scene was filmed that’s kept exactly the same. I tend to like restaurants that have a bit of history.

Milton Jones is pretty good. I like that he’s surreal and preposterous. Then again, I just texted a Tommy Cooper joke to my ex-mother-in-law who’s in hospital at the moment: two aerials meet, fall in love and get married. The ceremony wasn’t much good but the reception was brilliant.

I’m usually not a big fan of the theatre, I find it a bit too amateurish. A few years ago I saw Entertaining Mr Sloane with the guy from Gavin and Stacey, the good-looking bloke, not James Corden. It wasn’t very good, to be honest. But Imelda Staunton was fantastic in it – she was the one being entertained by Mr Sloane. And in Japan I saw live Noh theatre, and that don’t half send you to sleep. It was an hour about petals and dandelions.

I had a band called The Philistines, because when I walk into an art gallery, I always turn into a philistine. The last thing I really enjoyed was David Hockney’s exhibition at the Royal Academy, [A Bigger Picture], where he did all those massive big trees . That was fantastic. And I saw Sophie Calle, who’s supposed to be the French Damien Hirst. She had an exhibition about her mum dying [Rachel, Monique]. I wasn’t looking forward to it, but it was quite illuminating.

Tokyo is so nutty. It’s the frisson between the really ancient and the brand-spanking new. Also, all the signs are trying to sell you things but they’re all written in Kanji script so you can’t understand a word of them and you get off scot-free. And when they do write something in English, it makes no sense whatsoever. There’s a store called Nice Claup. I mean, what’s a claup?

I’m a big fan of Sam Neill. I think he would make a great James Bond. There’s an old series where he plays the Russian spy for Britain, Sidney Reilly. When Ian Fleming delivered his Bond books, he apparently said, “Well it’s about a spy, but he’s no Reilly.”

There was a series not so long ago called The Saboteurs, also known as The Heavy Water War, about the Norwegian resistance against the Germans and their quest to build an atomic bomb, I enjoyed that.

Glen Matlock’s album Good to Go is out September 21st 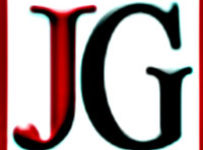