The Blackburn-born brothers, who bought their first petrol station in Bury, Greater Manchester, in 2001, each own a quarter of EG Group, which is thought to be worth as much as £10bn after a series of acquisitions including forecourt groups in the US, Little Chef roadside cafes and a major Kentucky Fried Chicken franchise in the UK.

TDR owns the other half of the group, which was formed in 2016 by the merger of the Issas’ Euro Garages with TDR’s European Forecourt Retail Group and now employs 50,000 people across almost 6,000 sites in the UK, US, Europe and Australia. Sales at the group soared by two-thirds to €20bn (£18.1bn) in 2019, according to the latest accounts filed at Companies House, but the company made a pre-tax loss of £82m after servicing £8.4bn of debts.

The pair, whose parents came to the UK from Gujarat, India, in the 1960s, attended their local comprehensive school in Blackburn while their father worked in a textile factory. The brothers donate 2.5% of their wealth every year to charity and their Issa Foundation supports local hospitals and deprived schoolchildren. 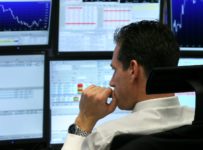