Fossil is selling $40 million of smartwatch technology to Google, the company announced on Thursday.

Shares of Fossil jumped about 8 percent on the news.

Fossil is one of the primary brands that continues to build smartwatches that run Google’s Wear OS software, which competes with the Apple Watch but has struggled to gain mass adoption among consumers. But Fossil said that smartwatches are its fastest growing category.

“The addition of Fossil Group’s technology and team to Google demonstrates our commitment to the wearables industry by enabling a diverse portfolio of smartwatches and supporting the ever-evolving needs of the vitality-seeking, on-the-go consumer,” said Stacey Burr, Vice President of Product Management, Wear OS by Google.

Fossil said the transaction is expected to close in January. 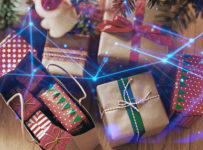