In addition to taking precautions related to GDPR, Google is facing greater scrutiny in the U.S. because of the ways large platforms like Facebook and YouTube have been manipulated by foreign actors to influence consumers, particularly when it comes to political elections. Green cited the Cambridge Analytica scandal twice during Thursday’s conference call, which made clear how a third party was improperly using Facebook user data for ad targeting.

“In my view, Google’s decision to remove this ID offering is driven by their increasing need to reduce risk against malicious data enablement, like what we saw Cambridge Analytica do with social data,” Green said. “The risk is similar for both Google and Facebook. The risk exists because Google, at the fundamental level of their business, transacts in directly identifiable consumer data. Google knows so much about billions of consumers because of their core product, their search engine.”

Green said that marketers are shifting to Trade Desk, because it gives them a neutral tool to see how campaigns are performing. Advertisers can “compare every destination on their media plan to every other destination objectively,” he said.

Revenue at Trade Desk jumped 54 percent in the second quarter to $112.3 million, topping the $104 million estimate of analysts, according to Thomson Reuters. Earnings per share of 60 cents beat the 44-cent average analyst estimate. Trade Desk boosted its sales forecast for the year to $456 million from $433 million.

It’s the second straight time that the company’s stock price has surged after earnings. The shares jumped 43 percent on May 11, following better-than-expected results. The stock has almost tripled in the past six months to $125.66, giving Trade Desk a market value of $5.4 billion. 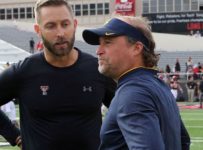