British startup Hadean claims to have created a new simulation engine that would allow thousands of gamers to participate in a battle royale-style fight simultaneously.

Hadean will put its Aether Engine to the test on 9 March, and has partnered with Eve Online maker CCP Games to host a massive space fight involving 10,000 players.

The company has posted a demo of a 10,000-person dogfight on YouTube, though some of the footage is rendered:

CCP Games currently holds the record for the largest number of players in a single battle, at 6,142 players through EVE Online.

Underlying Aether Engine is Hadean’s core product, a cloud operating system called HadeanOS. Aether Engine isn’t a game engine to rival Unity or Unreal, but plugs into these third-party engines and handles the simulation side of games. Game engines handle the graphics side, among other functions.

Read more: High-flying gaming startups Unity and Improbable have ended their feud peacefully after a very public battle that involved the creator of ‘Fortnite’

Some of this may sound familiar given rival UK startup Improbable offers SpatialOS, another platform for running huge simulated worlds. Improbable is backed by SoftBank, has partnered with Chinese gaming giant NetEase, and has at least one deal with the US military. But the startup ran into some trouble in January after gaming engine provider Unity complained that SpatialOS violated its terms of service.

While Aether Engine could make sense for game studios looking to create seamless, massively multiplayer online games, Hadean believes its software will eventually have much bigger applications than gaming. It’s worth noting that the startup is at an early stage and, according to LinkedIn, currently has fewer than 30 employees.

Hadean says its software is good not just for simulations, but for building applications that might require processing huge amounts of data. It says Aether Engine is used for handling simulation, and that it’s compatible with Unity and any other gaming engine, which render the graphics.

The startup has just raised £7 million ($9.1 million) in a fresh round of funding led by Draper Esprit, with Aster, London Venture Partners, Luminous Ventures, and Entrepreneur First all participating.

And it is already working with biomedical research centre the Francis Crick Institute to simulate cancer cells undergoing metastasis. The idea is to understand how cancer cells migrate to different parts of the body.

“Technology companies today are hampered by their ability to scale their platforms to meet demand and exploit data,” said Hadean CEO Craig Beddis in a statement. “Our technology, which was derived from first principles, eliminates the significant manpower and time wasted on engineering and DevOps. I am excited to have an investor of the calibre of Draper Esprit on board, with its proven track record in deep tech investment leading this round.” 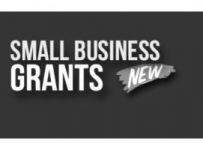 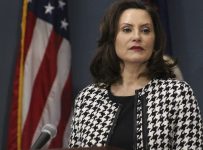 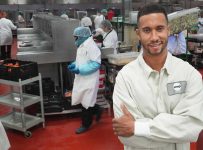