Since the riot at the U.S. Capitol, several major corporations including Dow, Walmart and JPMorgan Chase have won praise for restricting campaign contributions from their affiliated political action committees or PACs.

This is an admirable action, but it is largely symbolic.

As a scholar of corporate political activity, I find it difficult to credit companies much for this act. That’s because corporate PACs play an increasingly minimal role in our political system. There are far more important ways in which the disclosure of ties between companies and politicians needs strengthening.

Campaign donations ultimately originate from individuals, which in the case of corporate PACs are employees and shareholders. Thus, when corporations restrict PAC contributions, they are not ending their use of money to influence politics. Further, it is unclear that cutting off PAC contributions will serve as a concrete punishment for any politician, as a growing majority of their funding comes directly from individuals.

Restricting PAC giving to individual politicians is thus only a first step. To truly make a difference, PACs must also withhold contributions to the campaign finance committees of these politicians’ parties — in this case, the Republicans. That may persuade the party to discipline members who voted to reject the outcome of the election.

Companies should also voluntarily disclose and stop giving money, whether directly or covertly from their corporate accounts, to 527 and “dark money” organizations. Once companies give funds to these outside groups, they largely lose control over them. Failing to similarly restrict these donations could allow financial support to controversial politicians to continue. Facebook and the University of Phoenix, for example, have suspended or demanded refunds from the policy arm of the Republican Attorneys General Association, which has been accused of helping to facilitate the Capitol takeover.

In the long run, even these steps are insufficient to strengthen our democracy while simultaneously lowering companies’ risks from political activity. More companies must support increasingly thorough and legislatively mandated disclosure policies.

For example, the individual contributions of top managers should be more explicitly linked to their companies. Although current law requires individual donors to identify their employers, there are many examples of evasion by executives and campaigns through nonreporting and the use of alternative “employment,” such as nonprofit board memberships. The Federal Election Commission must step up its enforcement, and either via regulation or legislation, top executives should be tied to their organizations via a common unique identifier such as that employed by the Securities and Exchange Commission.

Ultimately, to scholars of money in politics, campaign contributions are a sideshow: On average, companies spend vastly larger sums from their corporate accounts on lobbying Congress and the federal bureaucracy than their PACs give in campaign contributions. Lobbying must be a target for any reform effort, whether voluntarily adopted or mandated.

Several U.S. states already require that corporations identify the specific pieces of legislation or regulations that they are lobbying on, their lobbying position, and the names of the specific legislators or regulators targeted. At the federal level, only foreign companies that lobby in the U.S. are required to report such information. We must extend these requirements to all companies and make these data broadly available.

The time is now. Reform of money in politics typically occurs after major events that grab the public’s attention. Real disclosure of campaign contributions only began during the 1970s in the wake of Watergate. Public disclosure of corporate lobbying only began in the 1990s and started happening on a quarterly basis in 2007 after scandals involving the House Bank and the disgraced lobbyist Jack Abramoff, respectively.

Voters need to better understand the role of corporate influence in public policymaking. We must go beyond the — potentially temporary — halting of corporate PAC contributions. We must have bold reform that empowers the American people to hold their elected leaders and corporations accountable for their actions.

Timothy Werner is an associate professor of business, government and society in the McCombs School of Business at The University of Texas at Austin.

A version of this op-ed appeared in Fortune. 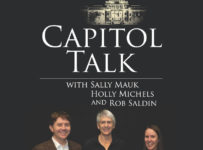 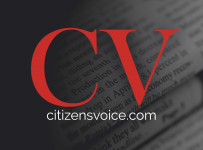 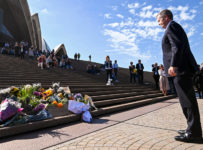