Thanks to a nationwide pandemic and fears of long delays, more than 90 million Americans already have voted either in person or by mail. The record early turnout could mean that today, Nov. 3, will see far fewer Americans physically showing up to vote at precincts across the country than in typical presidential election years, therefore easing the technology and cybersecurity burdens on voting systems.

Expanded early voting across the country was a key part of what is known as a “resilience concept” in cybersecurity, said Christopher Krebs, director of the Cybersecurity and Infrastructure Security Agency at the Department of Homeland Security.

Having voters cast their ballots in a staggered manner over a couple of weeks or more means any attacks or technical glitches on Election Day would likely lead to fewer delays and less panic than otherwise, he told reporters late last week at a briefing.

Nevertheless, the agency and hundreds of state and local election officials are bracing for nuisance attacks on Election Day, and the days after that could result in defacement of election websites, denial of service attacks that could slow down or crash websites, and exaggerated claims from foreign adversaries about attacks that far exceed their capabilities, Krebs said.

The agency known as CISA was created in the aftermath of the 2016 election when Russian intelligence agencies broke into voter registration systems in nearly two dozen states and also hacked the Democratic National Committee’s email server. The DHS scrambled to declare election systems as critical infrastructure yet faced a backlash from state officials, particularly in Republican-led states, who feared that the federal government was encroaching on their turf. 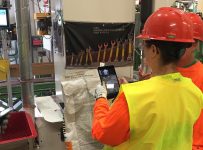 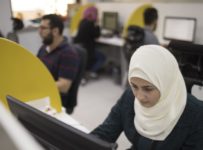