Big changes have been happening in the economics profession, but many people still don’t seem to realize this. Maybe it’s the steady drumbeat of think pieces reiterating the same outdated critiques. Or maybe there’s a lingering collective memory of the time when the public face of economics was strongly libertarian. Or perhaps think tanks and pundits have publicized a caricature of economics.

But recognized or not, the changes are real and substantial. First, the profession has become much more empirical, increasingly emphasizing evidence and data over theoretical conjecture. Second, economists are much more concerned with inequality these days. And finally, economists are more willing to question basic assumptions, such as the premise that economic actors are perfectly rational.

Princeton University economist Henrik Kleven recently gave a presentation in which he evaluated how the profession has changed in recent years. Kleven used software to search the texts of National Bureau of Economics Research working papers. His search was limited to the field of public economics, which deals with taxes, government spending and similar issues. But it probably reflects trends that are present, to a greater or lesser degree, across the discipline.

The first thing Kleven found is that empiricism is on the rise. Many more papers mention the term “identification,” which basically means testing models against data:

This empirical revolution takes many forms. More papers are making use of the data collected by government agencies, and techniques like machine learning are rapidly gaining in popularity. But the biggest change has been the increased emphasis on separating correlation from causation.

Many of the studies reported in the news media are about correlation. For example, if you read about a finding linking red wine with cancer risk, you might be inclined to think red wine is dangerous, but it might just be that the kind of people who drink more wine also tend to expose themselves to more cancer risks. Economists face this same kind of challenge when evaluating policies. For example, if the minimum wage goes up and unemployment falls, it might be because a minimum wage is good for the job market, or it might just be a coincidence.

To separate causation from correlation, more economists are turning to experimental approaches. These can be randomized controlled trials, where researchers try a policy (like microfinance) and see if it works. They can be natural experiments, also called quasi-experiments, in which researchers try to measure the effects of random events like the Mariel Boatlift. Or they can even be lab experiments, where economists observe people’s behavior in a controlled environment and try to generalize what they see. Kleven finds that all three kinds of experiments have been on the rise:

Economists are also changing the theories they use to evaluate their findings. Behavioral economics, once relegated to the fringes of the discipline, has become commonplace in public economics:

Behavioral concepts include all sorts of departures from the perfectly rational, coldly calculating homo economicus of yesteryear. Some people are short-sighted, while others have trouble figuring out the optimal way to consume or invest. Sometimes they need a business, government or parent to nudge them into doing the smart thing. Kleven finds all of these concepts on the rise in his field.

Meanwhile, some older types of economic theory are somewhat less popular than before. Kleven finds that general equilibrium — a type of theory that relies on describing the entire economy at once — is seeing less use these days:

This probably reflects increased humility on economists’ part — instead of modeling the entire economy at once, as they often did before the financial crisis, many are focusing only on one piece of it at a time.

Finally, economists are starting to care about different things than in the past. The startling and disturbing rise of inequality within both developed and developing countries around the world has economists worried, and more are using phrases like “top 1 percent”:

Conservative and libertarian economists still sometimes dismiss concerns over inequality as the product of envy, but there are fewer and fewer of them these days. Politically, the profession as a whole is probably best described as center-left on average, although opinions range across the spectrum.

So the econ profession continues to evolve. Economists are behaving more like scientists, and less like what economist David Card once called “mathematical philosophers.” They’re paying much more attention to evidence, and they’re slowly abandoning some of the more unrealistic assumptions that they once insisted on. And though it probably took them too long to start worrying about inequality, they have now gotten the message that it matters.

All of these are positive, healthy, necessary changes. They reflect a field that is not ossified or moribund or out-of-touch, as some of its critics would have us believe.

To contact the author of this story:
Noah Smith at [email protected]

To contact the editor responsible for this story:
James Greiff at [email protected] 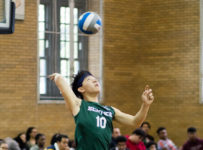 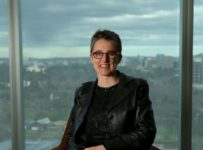