For Timbro—the largest free-market research institute in the Nordic countries—the sharing economy represents a new form of business, at the heart of which lies “the ability to match supply and demand of excess capacity” between individuals.

Perhaps not surprisingly, the sharing economy and economic freedom enjoy a positive association. As shown in the accompanying chart, economic freedom can stimulate and enlarge the sharing economy. On average as a group, countries with higher scores in The Heritage Foundation’s Index of Economic Freedom tend to benefit from larger and more active sharing-economy sectors. 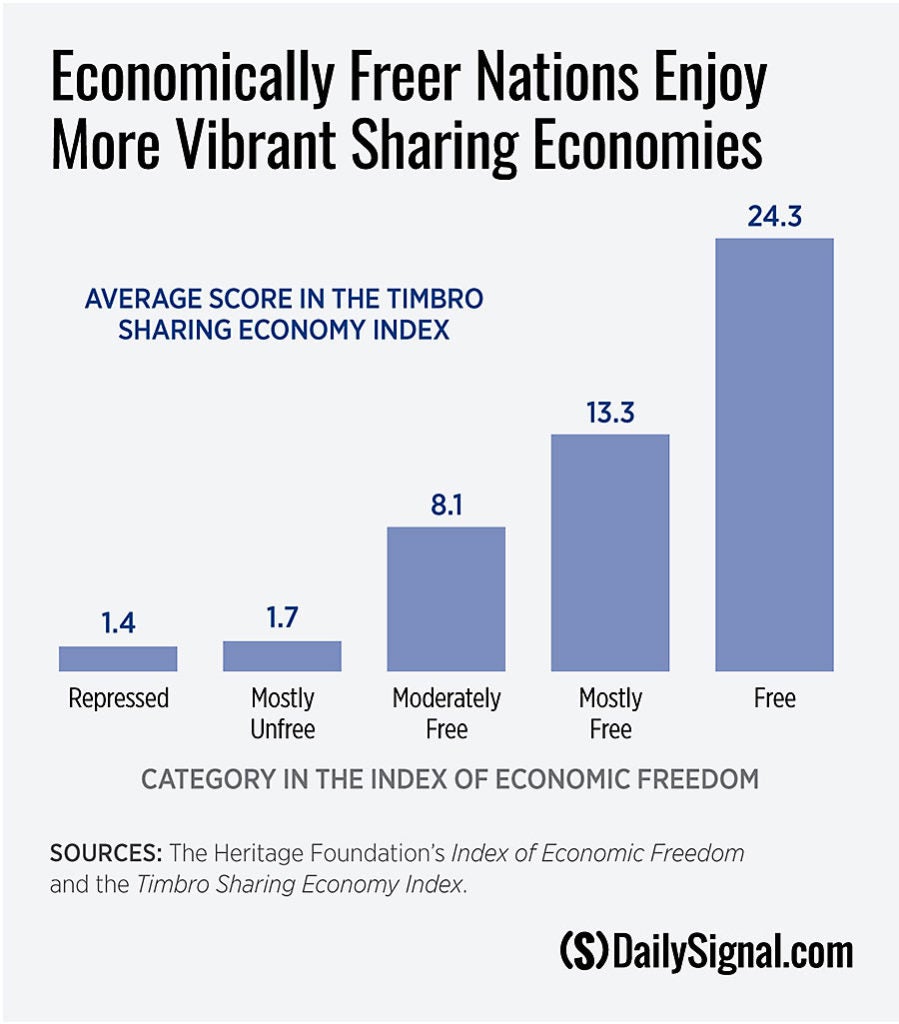 Key pillars of economic freedom such as the rule of law, efficient regulation, and open markets are also positively correlated to the size and usage of the sharing economy.

For countries that wish to better utilize untapped or idled capital by enlarging the sharing economy, the adoption of policies that enhance economic freedom are a surefire path.

Policies that boost labor freedom, investment freedom, and regulatory efficiency are key in improving the matching of supply and demand of both labor and capital, thus increasing overall productivity and prosperity.

According to Timbro’s study, “[T]he evidence clearly suggests that the sharing economy is not primarily a way to avoid taxation and regulation, but rather something that benefits from high levels of regulatory freedom.”

In many respects, economic freedom is merely shorthand for an openness to entrepreneurial activity that increases opportunity for individuals to succeed in their endeavors. As the Timbro study highlights, the sharing economy is basically “a new and innovative way of doing business.”

It is regrettable that many countries, both advanced and developing, are actually thwarting the development of the sharing economy by overly protecting existing ways of doing business. In Asia, for example, the sharing economy is being “met with a patchwork of interference both on the provincial and national levels.”

Far better would be policies that level the playing field between new business and old, letting those prosper that compete best to serve the needs of consumers.