After Jordan Peele dropped the trailer for his new film Us on Christmas, some of the giddiest reactions were not a result of the movie itself, but the sight of star Winston Duke rocking a sweatshirt that said Howard on the front. Howard University, of course, is the famous historically black college whose accomplished alumni includes author Toni Morrison, This Is Us starSusan Kelechi Watson, and Supreme Court justice Thurgood Marshall, among many others. Howard fans and alums rejoiced, bragging on social media about seeing their school represented in that way only Howard alums can. “But did your HBCU gear get worn in a horror film?” wrote one Twitter user. “No? That’s what I thought!”

But it’s not like Howard alums and fans are starved for representation. This Is Us painted Howard as a kind of Shangri-La for Randall (Sterling K. Brown), who lacked a connection to black culture at home. Howard was vaunted as a big deal on black-ish this season too, when Junior (Marcus Scribner) chose the university over the Ivy League school Stanford. (Not incidentally, Howard is also the school star Anthony Anderson and his fictional character Dre attended.) It’s even on reality TV: The Real Housewives of Atlanta star Cynthia Bailey dropped her daughter Noelle off at Howard in an episode that aired in December. It seems like any time a black kid on TV or film goes to an HBCU these days, he or she is headed to Howard.

It makes sense. Howard has earned its legendary status by nurturing some of the most accomplished minds of the day by being a school of choice for rich kids, working-class students and international pupils alike. It’s also notable for its epic homecoming weekends, during which hip-hop royalty like one-time student Diddy and rapper Jay-Z have partied. Meanwhile, on Martin Luther King Jr. Day, Howard graduate and current California senator Kamala Harris spoke on campus after announcing she’s running for president in 2020. At this point, Howard has become so frequently named-dropped in mainstream culture, particularly as African Americans gain more exposure in TV and film, that it’s perhaps starting to overshadow a truth many may not know: there are a lot of other HBCUs — 101 others, to be exact — besides Howard.

“I think that Howard is the default HBCU people most often see,” says Tiffany E. Brockington, an advocate for HBCUs who moderates the Twitter page for the site HBCU Digest and says that representations of college in general tend to forget black colleges exist. This is a fairly new development, ironically, given the rise in African Americans on-screen in recent years, because back in the ’80s and ’90s, HBCU culture was more robustly represented in the mainstream. Spike Lee’s School Daze and the sitcom A Different World depicted fictional HBCUs; Queen Latifah and Martin Lawrence were among the stars who wore African American College Alliance sweatshirts broadcasting the names of dozens of HBCUs on Def Comedy Jam, Living Single and Martin. But for the younger generation, the only nods to HBCU culture they’ve seen have almost exclusively been for Howard, and maybe Beychella.

Hey @NBCThisisUs fans – someone we know is visiting schools. All part of the Big 3 trilogy. pic.twitter.com/qbmBN9wLHC

“When we see it overrepresented it furthers this idea that Howard can be for everybody,” says Brockington, herself a Howard graduate who admits she has to work to not be biased toward her school when talking about the HBCU landscape. “I firmly believe Howard can’t be for everybody.”

For starters, it’s expensive — about $45,000 a year in 2018 including room and board. It’s also selective, a truism that can come with a hint of shade. Howard’s elite status has long made it the recipient of hateration and part of rivalries, like the generations-old spat between Hampton University and Howard over which one is “the real HU.”

Pedigree and envy aside, Howard is, nevertheless, just one HBCU with acclaimed programs and distinguished alumni. Hampton, for example, has a leading cancer institute. Morehouse can boast Martin Luther King Jr. and Spike Lee as graduates. Bethune-Cookman and Norfolk State are known for their world-class marching bands. Many HBCUs focus on STEM, like the agricultural and tech school North Carolina A&T, known for its rigorous research and athletics.

Oh, and forget the misconception that HBCUs, most of which were created when slavery ended as a means of educating blacks denied admission elsewhere, don’t accept non-black students; though HBCU student bodies are largely black, other ethnicities do attend HBCUs, teach at them and received scholarships too. One in Texas, Brockington says, has a high Latinx population and at least two in West Virginia now have enrollments that feature white majorities because of changes in population.

At Florida A&M, where Anika Noni Rose and Girls Trip producer Will Packer studied in the school’s theater department, associate theater professor Kimberly Harding has her theories on why Howard gets so much attention. “Probably because at some point Howard was the premiere black institution,” she says.

Wait… at one point? Was that shade? “They make different kinds of distinctions based on different criteria,” she says. “I think Spelman is now number No. 1, and I don’t just say that because I’m a Spelman grad,” Harding says with smile in her voice. (And anyway, she’s right.)

Harding says her 2006 class alone produced graduates who are costume designers, lighting designers and set designers in theater or for TV shows; at least one has worked as a dancer in films and for Queen Bey herself. As is the case with Howard, graduates tend to shout out their schools in their work, or set their work in fictional versions of their alma mater, as was the case with BET’s The Quad from FAMU grad Mitzi Miller, or Girls Trip, centered on friends who met at the school years ago. Not all HBCUs may be as well known as Howard, but one thing they’re all known for is creating bonds and family-like environments that lead to lifetime loyalty. “The size of the class is smaller, [so] you pretty much have one-on-one with your instructors,” Harding says. “We are like family, and students have to be accountable for each other. You call them your brothers and sisters, and the students call you aunt and uncle. We care about you outside the academics.”

While other HBCUs have theater and communications programs that might nudge them toward household name status — you may have heard of a woman named Oprah Winfrey, who went to Tennessee State University — Howard is undoubtedly the biggest and the most prestigious. Steven A. Claiborne, who remembers watching Susan Kelechi Watson do scene work with Phylicia Rashad in theater classes, says part of Howard’s ubiquity in the mainstream is because of its location, since any time a high-profile group wants an acclaimed student group for a performance in D.C. or New York, Howard is top of mind. Nonetheless, it’s a singular institution, Claiborne says, partially because up until 1997, Howard was the only HBCU with an independent college of fine arts offering specialized degrees in fine arts.

“It was an immersive, amazing, rigorous program that would rival any conservatory,” says the musical theater major, now working in events management in New York. When administrators proposed merging it into a bigger department of fine arts, students protested, fearing it would dilute the program. The protests failed to stop the merger, but when Claiborne’s friend and former classmate, Black Panther star Chadwick Boseman, gave the commencement address in 2018, he announced an initiative to re-establish the college, demonstrating the bond Howard creates with graduates while certainly also creating an incubator for more famous grads to come.

Howard, as it happens, wasn’t Claiborne’s first choice — he wanted to go to Morehouse — but as a kid, fast-tracked through honors programs where he was the only black boy in his class for years, he settled on Howard. “At the point I had a choice, I wanted to go somewhere I could spend those years around people who who got me,” he says, sounding a lot like This Is Us’ Randall. “There was nothing like that first day, seeing all these black and brown people not just from the United States but 149 countries across socio-economic levels, children of heads of state, royalty. It expanded your view of the black diaspora.”

Like her fellow Bison, Brockington knows the fictionalized perception of her alma mater might be a little much and that other HBCUs get left out of the conversation, but there are limits to how far ribbing from other schools, even lighthearted, can go. “There’s a little salt there,” she says. “It is what it is. I try not to get in the mix of that. We make people mad when we’re like, ‘I mean, at the end of the day, it’s Howard.” 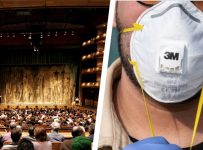 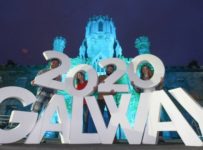 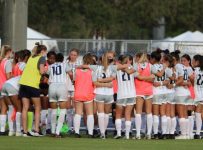