A Chinese national flag flies above the People’s Bank of China (PBOC) headquarters in Beijing, China, on Monday, March 7, 2016.

The PBOC offers an option to banks to “rediscount” the loans that they extend to their customers.

The monetary policy tool involves the central bank buying up existing loans from commercial lenders, giving them some extra liquidity. It’s a complicated concept, so here’s an example to illustrate the process:

The PBOC charges an interest rate on those funds it lend to the banks, which would influence other borrowing costs in the banking system.

Standing lending facility is also a type of PBOC lending to commercial banks. Introduced in 2013, such loans have a maturity period of one to three months — longer than funding options such as the open market operations.

To receive money through this framework, banks must guarantee assets with high credit ratings as collateral. That means such funds are usually only available to the larger lenders.

Chinese banks get funds with even longer maturities — typically three months to a year — from the PBOC through the medium-term lending facility. The funding channel, introduced in 2014, allows the central bank to inject liquidity into the banking system and influence interest rates for longer-term loans.

Like the standing lending facility, banks must put up collateral to receive funds. Unlike the SLF, however, a wider range of collateral is accepted under the medium-term version. That includes government bonds and notes, local government debt and highly rated loans of small companies.

As one of the newest monetary policy tools in China, pledged supplementary lending was introduced to guide long-term interest rates and money supply. Such funds are injected into selected banks so that they can provide loans to specific sectors such as agriculture, small businesses and shantytown re-development. The banks that have received those particular funds are the three Chinese “policy” lenders: China Development Bank, Agricultural Development Bank of China and the Export-Import Bank of China. 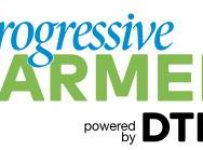 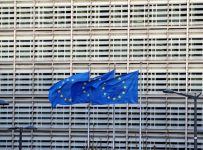