As the new administration of President Elect Joe Biden takes shape, several countries in the Middle East are holding their breath. Israel’s unique connection to President Donald Trump—based on the close relationship between Jared Kushner and Prime Minister Benjamin Netanyahu—will not be replicated under Biden, and Saudi Arabia is likely to face increased congressional scrutiny on human rights issues. The region’s leaders also recognize that Biden does not necessarily share their view of the Middle East, particularly on Iran.

But, politics aside, the region should expect an economic dividend from Biden’s win. His positions on three key issues should provide a more conducive business environment for Middle East economies, which is a key component of long-term regional transformation.

As many governments have learned all too well, controlling the pandemic and economic normalization are inextricably linked. With the highest cases and deaths per capita in the world, the United States has struggled with a coherent response to the worst public health crisis in a century. Not surprisingly, the economy has been devasted with the highest unemployment and underemployment rates since the Great Depression. Under Trump, the United States has eschewed international coordination and cooperation in tackling the pandemic. Frayed relationships with our transatlantic and transpacific partners and threatening to withdraw from the World Health Organization (WHO) have not helped.

Biden’s priority is to control the pandemic in the United States. He quickly announced an expert Task Force to help fight the pandemic and addressed the nation about the coronavirus and the importance of adhering to public health guidelines. He will likely present a detailed plan to fight the pandemic within weeks, which will be put into action shortly after he takes office. This would be a welcome development for markets yearning for a clear and decisive plan to get the world’s largest economy back on track.

In addition to internal actions, Biden will seek to rebuild important alliances. He will likely reach out to international partners and begin cooperating with efforts to share information, data, and progress on the pandemic and potential treatments. These actions will provide much needed confidence to global economies and set the stage for economic stability and growth in the United States. This will benefit global markets including those in the Middle East. The region relies heavily on energy, global trade, commerce, and tourism, which have been greatly impacted by the global demand slowdown.

Energy market regulation and a return to environmental protections

Without a doubt, Biden’s energy policy will differ from his predecessor. Biden made his position clear during the second presidential debate, insisting that he would “transition away from the oil industry” toward renewable energy over time. He has stated on several occasions that he will rejoin the Paris Climate Agreement on his first day in office. While this may not have an immediate effect on the country’s energy mix, it represents a strong intent by his administration to pursue clean energy solutions.

Biden will also likely increase regulations and environmental protections leading to less oil and gas production at home, thereby altering the global energy supply equation. While demand continues to be weak, lower supply from the United States may have a stabilizing impact on prices and, more importantly, may impact the capacity and growth of US energy.

While the implications of Biden’s energy policies may not benefit Middle East exporters in the long run, his actions will likely advantage them in the short to medium term; gulf economies and those that rely on them—whether through direct or indirect financial support—should see a positive revenue outlook. A rebound in the global economy coupled with stabilizing oil prices will lead to a stronger and steeper  pandemic recovery.

Different tactics towards China and its effect on Middle East economies

The China trade war has disrupted supply chains, increased friction and costs for global trade, and added uncertainty for companies and investors. While the Trump administration may have made the right call in confronting China, the manner of execution and strategy’s benefits to the United States are questionable. Using tariffs and other trade barriers as a means for leverage in trade negotiations has had limited success. Multiple studies have shown that most of the cost from tariffs have been borne by American households and firms. Regarding workers, the picture is mixed with some industries benefiting while others have not.

Biden will likely continue to take a strong stance against China but will certainly reverse some of the protectionist methods used by Trump. Biden will clearly take a more assertive approach than the Obama administration, but it is unclear how he will force China to make critical changes to the trade deficit, intellectual property rights, and the forced transfer of technology. With significant economic challenges at home, Biden may unwind the China trade war in favor of a return to global growth until the US economy returns to normalcy. This will be a welcome outcome for Middle East economies who rely on global trade and commerce and need an efficient and effective global supply chain for their economic well-being. Middle East countries are eager to maintain and grow economic ties with both the United States and China and do not want to be forced to choose sides. A reduction in trade tensions will allow them to expand both relationships effectively.

The Biden administration will not be a panacea for Middle East economies but will certainly have a positive impact. The region should capitalize on the global economic growth momentum that will come from Biden’s policy changes and the potential effects of a COVID-19 vaccine in 2021. The pandemic has created a unique opportunity to reset economies given the acceleration of trends that will only be magnified as the US political and economic posture reverts to normalcy following the uncertain presidency of Donald Trump.

Amjad Ahmad is Director and Resident Senior Fellow at empowerME, an initiative of the Atlantic Council’s Rafik Hariri Center for the Middle East. Follow him @AmjadAhmadVC.

empowerME at the Atlantic Council’s Rafik Hariri Center for the Middle East is shaping solutions to empower entrepreneurs, women, and youth and building coalitions of public and private partnerships to drive regional economic integration, prosperity, and job creation. 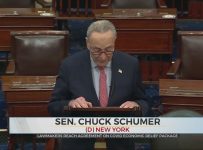 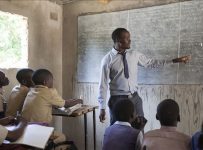