The rise of mass private messaging is transforming politics, for both good and ill

Over the past year, multiple senior Tories have done something slightly naughty. Officially, the Government sees encrypted online chat as a tool for terrorists, paedophiles and criminals, and has repeatedly upbraided the private messaging service WhatsApp for encrypting all its users’ messages by default.

But, meanwhile, some MPs, including Cabinet ministers, have begun to dabble with Signal, an even stronger encrypted chat app recommended by no lesser authority than the Islamic State of Iraq and the Levant (Isil).

These MPs are part of a slow but steady shift in how we use the internet: from “public” to private… 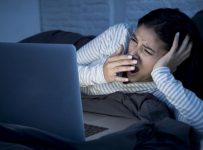