RESEARCH TRIANGLE PARK – IBM, which already is planning to split into two companies, is considering the sale of its high-profile Watson Health unit to further streamline the company, according to a report in The Wall Street Journal.

The move is seen as a possible way to allow IBM to focus more on its cloud computing efforts in which Raleigh-based Red Hat plays an essential role.

“IBM is studying alternatives for the unit that could include a sale to a private-equity firm or industry player or a merger with a blank-check company,” the Journal said.

The newspaper cited unnamed sources “familiar with the matter.”

IBM (NYSE: IBM) is planning to spin off its services business in order to concentrate on the cloud.

Big Blue operates one of its largest corporate campuses in RTP. 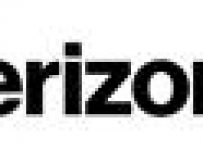