Thousands of scientists, educators and students swamped the streets of Brazil this week to protest cuts in education and research funding. Marches occurred this past Wednesday in all the country’s state capitals and more than 200 other cities, according to media reports. Several public universities, and even some private institutions not directly affected by the budget cuts, canceled classes to allow staff and students to join the demonstrations.

“I had never seen anything of this magnitude,” says Fabricio Santos, a professor of genetics and evolution at the Federal University of Minas Gerais, who joined a protest in the city of Belo Horizonte. “It was a lesson in democracy and discontent.”

Although there is no official count, organizers estimated the marches attracted hundreds of thousands of people in major cities like Sao Paulo, Rio de Janeiro and Belo Horizonte.The rallies were originally called by labor unions, which are protesting changes to Brazil’s social security and pension systems proposed by President Jair Bolsonaro’s administration.

In an effort to address economic struggles, Bolsonaro recently announced a series of fiscal restraint measures, including holding back 42% of the science ministry’s investment budget, and about 25% of the ministry of education’s funding for federal universities. Officials also froze more than 3,000 scholarships meant to support postgraduate research. The administration suggests it will release those funds if Brazil’s legislature approves the changes to social programs, which government officials say is key to putting the country’s finances in order.

Although previous administrations have taken similar steps, the outcry this time was fueled by a series of controversial policies advanced by Bolsonaro, as well as inflammatory remarks he and his appointees have made. Yesterday, for example, Bolsonaro told reporters that the protesters were “useful idiots” and “imbeciles” who were being manipulated by a “smarthead minority” that controls federal universities. And education minister Abraham Weintraub has stirred controversy by threatening to reduce funding for universities that “promoted rackets” instead of improving their academic performance.

University employees are also alarmed by a decree, published Wednesday, which gives Bolsonaro’s administration new powers to control the selection of senior administrators in the federal university system. “It’s unbelievable what is happening”, says Santos. “It’s a complete reversal of the principle of academic autonomy.”

The freeze on scholarships for graduate students, announced last week, motivated researchers to join the marches, says Nathalie Cella, a biochemist at the University of Sao Paulo who helped organized the March for Science here in April 2017. Graduate students are a key scientific labor source at Brazil’s public universities, she notes, which produce more than  90% of the country’s scientific output. Cella says, “A lot of people will have to drop out of their research if this situation is not reversed.” 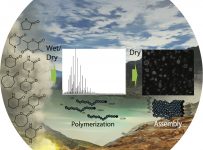 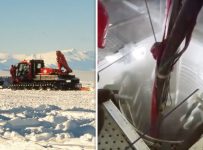 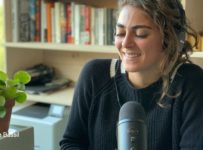