A bird flies past the logo of National Stock Exchange (NSE) installed on the facade of its building in Mumbai, India, February 9, 2018. REUTERS/Danish Siddiqui/File Photo

Geopolitics was back in focus as tensions between the United States and other countries worsened. Turkey’s economic crisis threatened to spread after U.S. President Donald Trump doubled tariffs on Turkish steel and aluminium imports, escalating a diplomatic row that tipped the nation’s economy deeper into crisis. Earlier, China responded to the Trump administration’s trade war with additional tariffs of its own. The rouble hit a two-year low after the United States announced new sanctions on Russia over the UK nerve-agent attack.

On the sectoral front, textile stocks were in the news after the government, in a bid to boost the domestic manufacturing sector, doubled the import duty on 328 tariff lines of textile products to 20 percent. The duty hike will curb cheap imports of garments and other textile products from China, Bangladesh and other neighbouring countries.

Multiplex chain operators PVR and Inox rose after the Maharashtra government retracted its stand on not allowing outside food in multiplexes. This is positive for multiplex operators as food and beverage sales contribute 30-35 percent of EBITDA for these companies.

On the stock-specific front, ICICI Bank was in focus after it clarified to exchanges it had made full disclosures about its loans and NPAs. Sun Pharma traded weak after its U.S. subsidiary reported declining sales. Jet Airways fell sharply as investors were unnerved by reports that the company has postponed its June quarterly earnings announcement to an unspecified date.

The primary market was abuzz with action as HDFC Asset Management Company, the country’s second-largest asset manager, got listed on exchanges on Monday. It made its debut at a 58 percent premium of 1,739 rupees per share on the NSE against its issue price of 1,100 rupees. The 28 billion rupee issue had been subscribed over 83 times on the last day of the bidding, led by demand from non-institutional investors.

The IMF says demonetisation in India hit growth more severely than estimated. Demonetisation along with the GST rollout led to a slowdown in growth to 6.7 percent in FY17-18, but the IMF said a recovery is under way led by an investment pickup. It sees India GDP growth at 7.3 percent for FY19, 7.5 percent for FY20 on strengthening of investment and robust private consumption.

The IMF said that the near-term macroeconomic outlook for India is “broadly favourable.” It expected the current account deficit to widen further to 2.6 percent of the GDP on rising oil prices and strong demand for imports, offset by a slight increase in remittances.

The coming week is a truncated one as markets will remain closed on Aug. 15 for Independence Day. The earnings season is near its fag end and markets will look for cues globally. Some prominent companies declaring their June quarter numbers include NBCC, Oil India and Indiabulls Real Estate.

On the macro front, WPI inflation for July will be announced on Tuesday. It rose by 5.77 percent in June, after a 4.43 percent gain the previous month. On the global front, U.S. retail sales data for July will be unveiled on Wednesday.

The strength in the market continues despite interim corrections, which is deemed healthy for the uptrend that looks to last at least the next two months before election jitters begin to bother the markets. Having borne the pain in the last couple of months, it’s time to ride the uptrend for the time being.

Ambareesh Baliga has about 25 years of experience in the stock market and has worked with Karvy and Kotak groups in the past. He is a regular market commentator on various business channels. He is a commerce graduate from Calcutta University and a qualified cost accountant. 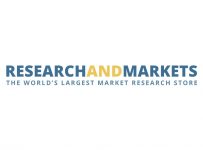 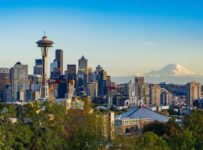