TEHRAN, Iran (AP) — Iran said Sunday that an upcoming visit this week by the head of the U.N.’s atomic watchdog agency to Tehran has nothing to do with a U.S. push to impose so-called “snapback” sanctions on Iran.

The Trump administration last week dismissed near-universal opposition to its demand to restore all U.N. sanctions on Iran, declaring that a 30-day countdown for the “snapback” of penalties eased under the 2015 nuclear deal between Tehran and world powers had begun.

U.S. allies and foes have joined forces to declare the action illegal and doomed to failure. The U.S. argues that Iran has violated the restrictions imposed on its nuclear program under the 2015 deal, a charge Tehran has dismissed.

Iran’s official IRNA news agency quoted on Sunday Iran’s envoy to the International Atomic Energy Agency IAEA, Kazem Gharibadadi, as saying that the visit this week is “neither related to the snapback mechanism nor the U.S. demand.”

Gharibabadi said the visit by the IAEA chief Rafael Grossi comes within “the framework of Iran’s invitation.”

“We do not allow others to manage Iran,” he said, adding that Iran’s trust in the IAEA has been “damaged in recent months.”

He expressed hope Grossi’s visit will lead to building trust. “It is important to assure Tehran that the agency will move based on impartiality, independence and professionalism,” said Gharibabadi.

The IAEA said on Saturday that Grossi will head to Tehran to press Iranian authorities for access to sites where the country is thought to have stored or used undeclared nuclear material. Gharibabadi said Grossi was due to meet with Iranian officials on both Tuesday and Wednesday.

The landmark 2015 nuclear deal was endorsed by a U.N. Security Council resolution and includes the snapback provision. President Donald Trump pulled America out of the accord in 2018 and imposed severe U.S. sanctions on Iran.

Last week, Iran’s Foreign Minister Mohammad Javad Zarif in a letter to the U.N. Security Council said the U.S. has no right to demand the restoration of U.N. sanctions, arguing that the U.S. lost the right to make demands when it withdrew from the accord.

The five countries now in dispute with the U.S. administration — Russia, China, Britain, France and Germany — remain supporters of the nuclear deal to rein in Iran’s nuclear program and prevent its development of nuclear weapons. The five nations and Iran will meet in Vienna on Sept. 1. 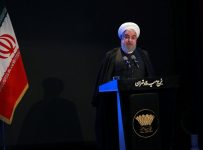 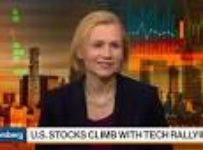