OPINION — In January 1959, in a Virginia courtroom, Mildred and Richard Loving pled guilty to “cohabiting as man and wife, against the peace and dignity of the Commonwealth,” and accepted a cruel sentence that spared them jail time but separated them from their families.

The judge’s opinion — pronounced in the Lord’s name without a shred of irony — was based in his definition of faith: “Almighty God created the races white, black, yellow, malay and red, and he placed them on separate continents. … The fact that he separated the races shows that he did not intend for the races to mix.”

The couple, each of a different race, was forced to leave their Virginia home and not return together for at least 25 years.

In announcing the Justice Department’s religious liberty task force, Attorney General Jeff Sessions this week said: “Let’s be frank: A dangerous movement, undetected by many but real, is now challenging and eroding our great tradition of religious freedom. There can be no doubt. It’s no little matter. It must be confronted intellectually and politically and defeated. This election, this past election, and much that has flowed from it, gives us a rare opportunity to arrest these trends and to confront them.”

That may sound righteous to some. But reading that Virginia’s judge’s ruling from not that long ago was a reminder of how religious belief can be sincere yet twisted to serve the prejudices of all-too-human beings.

Consider this: While the Supreme Court decided in the Lovings’ favor in 1967, striking down state laws against marriages between people of different races, Sessions’ home state of Alabama, in a symbolic move, took until 2000 to remove the law from its books. Even then, about 40 percent of citizens voted to keep it.

There is a reason groups such as the ACLU and the Human Rights Campaign saw in the new task force an effort to discriminate against LGBT Americans, especially against the backdrop of a Supreme Court that this year narrowly sided with a Colorado baker who had refused to create a wedding cake celebrating a same-sex marriage.

You would think those who backed that baker would see the ruling as an example of the system working for them. Yet polls have shown conservative, evangelical Christians feel persecuted more than any other faith, despite FBI statistics that show the number of hate crimes increasing, mostly against Jews, Muslims, members of the LGBT community and African-Americans.

While Sessions mentioned Department of Justice protections for Muslim, Jewish and Hindu religions under the task force, it is conservative Christian groups that seem to be what the Attorney General had in mind when he said that American culture has become “less hospitable to people of faith.” (How aggressive will the Trump administration be in defending Muslim communities’ mosque-construction plans?)

And it surely has not escaped Sessions’ notice that the presidential victory of his boss, Donald Trump, came to pass with the outsize help of white evangelical Christians, with Vice President Mike Pence, who describes himself as a Christian above all else, at Trump’s side.

Those preachers, pastors and ministers urged congregations to support him and laid hands on him in the White House. They stuck with him even as he backed candidates such as unsuccessful Alabama Senate candidate Roy Moore, accused of molesting teens.

What would Jesus do, indeed.

That support has reaped dividends, including conservative judges and Trump administration policies and pronouncements, such as a religious liberty executive order, signed in May 2017, allowing government employees and those in some private companies to opt out of job duties that conflict with religious beliefs.

Trump will need those loyal voters to turn out for fellow Republicans in November with control of the U.S. House of Representatives particularly and urgently in play.

Is this a policy in search of a problem? When I attend church, no one is blocking my way or asking the choir to shush; the government doesn’t peek its nose into the confessional.

Declaring that the tenets of any faith represent what “American culture” should be contradicts the wisdom of our founders and the tolerance that defines the country on our best days.

You would think more people would be outraged over children and parents still in limbo — a policy Sessions quoted the Bible to defend — waiting to be reunited because of the poorly planned politics of retaliation. Instead, many cry persecution, including the president himself at a rally this week in Florida, when someone offers a well-meaning “Happy Holidays” instead of the state-approved “Merry Christmas” at the end of December.

Roll Call columnist Mary C. Curtis has worked at The New York Times, The Baltimore Sun, The Charlotte Observer and as national correspondent for Politics Daily. Follow her on Twitter @mcurtisnc3.

Get breaking news alerts and more from Roll Call on your iPhone or your Android. 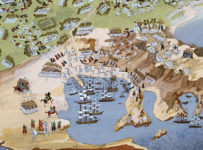 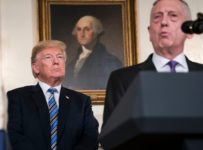