JPMorgan Chase boss Jamie Dimon warned on Friday that global risks including trade wars and rising interest rates could “derail” the US economy.

“So far, we have a strong economy in spite of these increasing overseas geopolitical issues bursting all over the place,” the Wall Street titan said in a Friday call with reporters after the bank released its quarterly earnings.

Among the worries: the trade war with China, Italy’s debt, the tightening credit markets, and the UK’s leaving the European Union, known as Brexit.

“In general those things don’t derail a strong US economy, but they are out there,” Dimon said. “Eventually they may have an effect. No one should be surprised if that happens down the road.”

Dimon, 62, has traditionally used his quarterly earnings calls to make broader points about economics and politics — at times sounding like he’s weighing a run for public office. He and his spokesman, Joe Evangelisti, have repeatedly denied that he has any such ambitions.

Nevertheless, Dimon last month said he believed he could beat Donald Trump in a presidential race “because I’m as tough as he is, I’m smarter than he is.” Dimon added that, unlike Trump, his own personal wealth “wasn’t a gift from Daddy.”

Dimon quickly walked back the comments, but that didn’t stop Trump from counterpunching, tweeting that Dimon didn’t have the “smarts” to be president, and calling him a “poor public speaker & nervous mess.”

JPMorgan, the largest US bank, saw its profit grow 24 percent during the three months ending in September, to $8.38 billion, or $2.34 per share — higher than the $2.25 per share that analysts had expected in a poll by Refinitiv.

The bank was boosted by a 60 percent surge in the company’s consumer bank, which was lifted by strong loan growth and rising interest rates. That offset a 10 percent drop in bond trading.

“Everything looks nice and steady for JPMorgan, completely in line with analyst forecasts for both revenues and earnings,” Octavio Marenzi, CEO of Opimas, said in a statement. “This portends well for the rest of the US banking industry.” 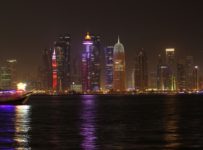 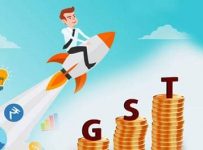