The writer is an associate professor at the University of Warwick

Coronavirus strongly discriminates against age. Of all Covid-19 deaths in the UK, about 90 per cent have been of people over 65 years old. Yet, the policy response to the pandemic relies on blanket restrictions, or those that vary by geography but not by age. This is illogical and suboptimal policymaking.

The distinct age-risk pattern of the virus, which was clear from the earliest Chinese data, led economists including Daron Acemoglu at the Massachusetts Institute of Technology, and Andrew Oswald at Warwick university, to argue that a sensible policy should be fashioned around an age gradient. Let younger people run the economy and keep older people out of the way until a vaccine is discovered.

The benefits of lockdowns and other restrictions are clear. Covid-19 is a horrendous disease, and many lives have been saved by policies that reduced the spread of the virus.

But now vaccines are beginning to be rolled out, we need to reassess the huge costs associated with blanket restrictions. Young people will be some of the last to receive a vaccine, yet “generation Covid” has been hit hardest by joblessness and endured some of the largest declines in mental health.

Since the costs of a lockdown are highest, and the benefits lowest, for young people, they should be first to be released from restrictions. This is also a question of intergenerational fairness. The huge debts built up in the UK by the furlough and other income support schemes will need to be repaid by people who are currently young or have not yet been born. Their schools and hospitals could one day be underfunded because of coronavirus policy today.

There seem to be two main arguments against releasing the young. It is said to be unfair to older people. Simon Stevens, chief executive of NHS England, described such a policy as “age-based apartheid”. However, it is the virus that is discriminating, not the government. Insisting on a blanket policy in the face of hugely different risks across age groups is like requiring pedestrians to wear seat belts.

The second argument is that it would be impossible to protect older people if young people were released because they live in the same homes. This is a valid concern, because the majority of transmissions happen within households or residential settings such as care homes. But how common are multigenerational households in Britain?

In my work with Professor Oswald, we found that multigenerational households are very rare in the UK. Studying data for 2.6m people, we found that 96 per cent of workers under the age of 35 do not live in the same home as someone over 65. Of workers of any age, 92 per cent do not live with someone aged 65 or over.

This means that if we were to release only young workers who do not share a home with older people, we could lift restrictions on the vast majority of the workforce. This approach, which we might call a “smart” policy, would mean that generous income support could be provided for the few workers who cannot be released, without imposing an excessive debt burden on future generations.

A policy based on age may not be simple to implement. There are people who are vulnerable for reasons other than age. There are young people with caring responsibilities for older and vulnerable people even if they do not live in the same home with them.

But it is clear that an age-dependent policy would be better than a blanket lockdown. Young workers should be released from restrictions for reasons of efficiency as well as equity. Those who object might remember what Aristotle said 2,000 years ago, that the most fundamental principle of justice is that equals should be treated equally and unequals unequally. 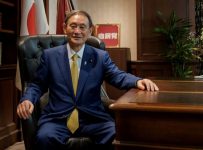