When I was a teenager, there weren’t many books that portrayed modern, realistic, diverse main characters. In school, I was reading classics and learning about topics like slavery, the Holocaust and the Trail of Tears. The historical tragedies of brown (Latinx, Black, Indigenous American, etc.) people were being taught, but not their modern struggles, and certainly not their joys.

For fun, I was reading popular books like The Hunger Games series by Suzanne Collins and the Harry Potter series by J.K. Rowling. Both of these series have diverse characters, but they aren’t main characters who add to the main plot in a positive or meaningful way. It was years later, when I was 23 years old, that I read a young adult book for the first time that had a mixed-race girl like me as the main character (“Everything, Everything” by Nicola Yoon). I remember reading sections that described her hair or skin color and being genuinely shocked that I could relate. And the book wasn’t about her race, which was equally surprising.

There has been a trend in the last few years in young adult fiction toward featuring main characters from minority cultures and their experiences. Sometimes those experiences are harrowing, and sometimes they aren’t. It is equally important to portray the challenges faced by people of color as it is to show that they exist in everyday life. The following books are recent releases that have diverse, modern main characters whose stories may be fiction, but have themes that will resonate with real readers.

The Goodreads Choice Awards 2020 winner for Best Young Adult Fiction, “Clap When You Land” by Elizabeth Acevedo, is a novel in verse. Yahaira Rios lives with her parents in New York City. Every summer, her father travels to the Dominican Republic alone to visit family. Camino Rios lives in the Dominican Republic with her aunt and looks forward to her father’s visit every summer. Even though both of her parents are from the Dominican Republic, Yahaira doesn’t feel connected to her family’s culture — not like Camino. Camino can only dream of the rich, private school lifestyle Yahaira has. Yahaira and Camino find out they are half-sisters when their father dies in a plane crash.

If you’re looking for a rom-com plot that also confronts what it’s like to be first-generation American, you should check out “Frankly in Love” by David Yoon. It follows high-schooler Frank Li, who is Korean-American and trying to find a balance between his parents’ traditional expectations and being an average American teenager. Frank’s parents will only let him date Korean girls, but he’s falling for a white girl. His fellow Korean-American friend, Joy, has the same problem. Frank and Joy decide to fake-date to please their parents while they date the people they want.

“Grown” by Tiffany D. Jackson is a hard-hitting commentary on the experience of young Black women in the entertainment industry. It follows Enchanted Jones, who lives with her family in the suburbs and who is the only Black girl at her school. She is a talented singer who gets discovered at an audition by the charming Korey Fields, a legendary R&B artist. Korey’s stardom and lush lifestyle dazzle Enchanted at first, but she sees Korey’s true colors when he becomes controlling. One day, Enchanted wakes up with blood on her hands and no memory of the night before. Korey is dead, and the police have questions.

“You Should See Me in a Crown” by Leah Johnson is about Liz Lighty, who lives in a wealthy midwestern town and who can’t wait to go off to college and become a doctor. When Liz learns that she will no longer be receiving the financial aid she was banking on, she is forced to consider other options. Her small town is obsessed with prom — so much so that there is a scholarship given to the prom king and queen. Liz feels too Black, poor and weird to win the title of prom queen, but she is willing to do whatever it takes to get out of Campbell, Indiana, and into her dream school. 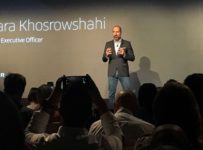