Ruggieri died on March 29 at the age of 92, just a few years after stepping down as host of the weekly radio show that brought together local immigrants for an hour of Italian music and news of their homeland, much of it spoken in their native language.

Ruggieri had come to the U.S. from Italy at the age of 19 in 1948. After serving two years in the Army, he worked for 12 years with Camillo DeLucia, who had launched the radio show at WSTV-AM.

When DeLucia retired in 1973, he took it over, serving as producer and ad salesman as well as host for the live program, taking it later to WLIT-AM and finally to WEIR-AM, where the late Mike Sinicropi had hosted a similar show.

Ruggieri also worked as a drapery salesman for 20 years, many of them at The Hub department store.

“He used to play old Italian songs for different people,” recalled Arthur Pate, a friend who added Ruggieri regularly received and granted requests for songs dedicated to loved ones, often on their birthdays.

Jane Antonucci, a former president of the Italian-American Cultural Club, said Ruggieri played a song she requested for her husband’s birthday, then surprised her by playing it again on his birthday the following year.

Frankie DiCarlantonio, the club’s current president, said Ruggieri’s heart for Italian culture and fellow immigrants like himself went beyond the radio show.

“He had pretty strong ties to Italy and he was highly regarded in the Italian-American community, and I think it went beyond the radio program,” he said.

Antonucci said as a president and member of the Italian-American Cultural Club, Ruggieri was happy to aid in the presentation of plays, concerts and other events drawn from Italian culture that also raised money for local charities and scholarships for local students.

“Anything the Italians were known for, he wanted to bring to light. He was very proud of his heritage,” she said.

Through his show, Ruggieri raised funds for victims of an earthquake in Italy’s Basilicata region and in 2001, helped 13 people from Montesilvano, Pescara — home of Dean Martin’s father — to attend the Dean Martin Festival.

For his efforts Ruggieri received commendations from officials in Basilicata, Pescara and Steubenville and was named the Upper Ohio Valley Italian Heritage Festival’s Italian of the Year.

While being honored at the Italian-American Cultural Club’s 90th anniversary in 2015, Ruggieri remarked, “A hope of mine is to leave the world a little better than when I arrived.”

Scaffidi said Ruggieri often returned to Italy and made what he predicted would be his last visit there a few years ago.

She said when he became ill, he asked her to take over the show.

“He loved the show and was so worried he would pass on and nobody would take care of it,” said Scaffidi, who recruited DiCarlantonio to aid her.

“We’re not the one-man show he was. He did it all,” said DiCarlantonio, who added with the show, the pair also inherited hundreds of discs containing Italian music.

“There are some people who are so unique and such a driving force,” he said.

Scaffidi agreed, saying, “He was a special guy. He’s going to be missed by a lot of people.”

A member of Holy Family Catholic Church, Ruggieri was preceded in death by Mary Ann, his wife of 65 years; and two brothers, Hugo and Dino; and is survived by several nephews, nieces and grand-nephews and nieces.

There are plans for celebration of his life to be held in the future.


Today’s breaking news and more in your inbox


Due to the precautions being taken surrounding the coronavirus, the following changes have been made regarding …

STEUBENVILLE — Diane Gribble said that someone once told her when one works in elections, they either leave very … 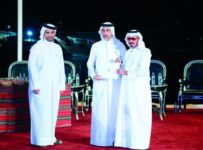 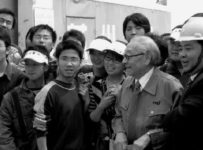 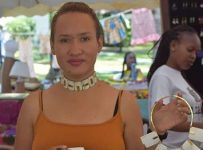