ARLINGTON, Texas — Brandon Lowe hit two home runs to break out of an extended postseason slump and the Tampa Bay Rays held off the Los Angeles Dodgers 6-4, tying the World Series at one game apiece.

Down 5-0, the Dodgers closed within 6-4 on Corey Seager’s solo homer in the eighth. Aaron Loup relieved and struck out Cody Bellinger with a runner on base to prevent further damage.

After a day off, Game 3 will be Friday night at neutral site Globe Life Field, home of the Texas Rangers. Charlie Morton starts for the Rays against Walker Buehler in a matchup of pitchers who have both excelled in October outings.

“Yeah, those felt really good,” said Lowe, a 2019 All-Star who led the Rays with 14 homers and 37 RBIs this season. “It felt great to kind of get back and contribute to the team. They’ve been doing so well for the past month — it felt really good to get back and actually start doing stuff again.”

Blake Snell struck out nine in 4 2/3 innings for the Rays and didn’t allow a hit until Chris Taylor’s two-run homer trimmed it to 5-2 in the fifth. The Dodgers threatened to complete a big comeback in the eighth, but Tampa Bay’s relievers held firm.

Lowe and Joey Wendle each had three RBIs for the Rays, whose six runs and 10 hits were their most over the past 11 postseason games.

“I think today was a little bit better indicator of the kind of team that we are,” said Wendle, who had a two-run double and a sacrifice fly. “Just a complete win, complete team win.”

Nick Anderson got four outs for the victory. Diego Castillo earned the save when he struck out Taylor, the only batter he faced.

Pete Fairbanks went 1 2/3 innings and left-hander Aaron Loup threw a called third strike past slugger Cody Bellinger with a runner on second to end the eighth. Loup also retired the first two hitters in the ninth.

After an off day, Game 3 in the best-of-seven Series matches two big-game pitchers starting on extra rest Friday night. Charlie Morton goes for the Rays against Walker Buehler.

Los Angeles was the “home team” for the first two games but will bat first in the next three.

Lowe hit a solo shot to left-center in the first off rookie Tony Gonsolin, putting the American League champion Rays ahead for the first time at this neutral-site World Series with their 27th homer of the postseason — matching a major league record. The second baseman was hitting .107 this postseason, and in an even worse 4-for-48 slide (.083) the past 13 games since the start of the AL Division Series.

Information from the Associated Press was used in this report. 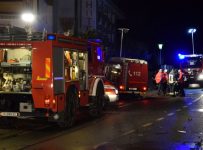 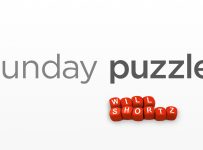