The storm, slamming the region in the first few days of spring, is bringing heavy rain to many places and a few locations could receive up to 24 inches of spring snow, the latest forecast shows.

High winds and snow squalls will also be wintry and characteristics of the storm that can cause property damage and create travel hazards.

Rain has been heavy at times along the Atlantic coast, Interstate 95 corridor, through many of the northern and western suburbs of Washington, D.C., Baltimore, Philadelphia, New York City and Boston and portions of the I-81 corridor in the mid-Atlantic.

While major flooding is not expected from eastern Virginia to Massachusetts and southeastern New Hampshire, enough rain may fall at a fast enough pace to slow travel and trigger urban and poor drainage area flooding.

During Thursday afternoon, there were several routes in northern Virginia that were taking on water and had to be closed. These were mainly in Orange, Madison and Rappahannock counties. Flooded roadways were reported around the Washington, D.C., and Baltimore metro areas late Thursday and Thursday night.

Increasing winds will push some ocean water onshore, which can lead to minor coastal flooding. The highest winds from the storm will occur on the backside and from the west and northwest.

Maine to New Brunswick, Canada, at risk for rapid snowmelt and flooding from storm to end week

Is this storm a nor’easter?

How to survive a power outage in winter, early spring

Heavy rain, rapidly melting snow and ice jams are likely to trigger more significant flooding in the central and southeastern Maine and New Brunswick as well as part of central New Hampshire.

Just enough cold air will invade the storm to allow a substantial snowfall over the mountains and in some of the valleys of northern New England.

Snow, on the order of 6-12 inches with an AccuWeather Local StormMax™ of 24 inches, is forecast from from western and central New York to northwestern Maine.

The heaviest snow is likely to fall on the higher elevations of the Adirondacks in northeastern New York state and the northern part of the Green Mountains of Vermont through Saturday morning.

However, a band of heavy snow will deposit double-digit snowfall in the higher terrain of northeastern Pennsylvania into Friday afternoon and the Catskills into Friday evening.

A few inches of snow are in store for the Berkshires and perhaps in some of the hills of central Massachusetts as well during Friday night.

Heavy snow is also in store over the eastern townships of Quebec and northwestern New Brunswick as a general 6-12 inches (15-30 cm) is forecast through Saturday. However, as with parts of New York and New Hampshire, locally higher amounts are likely in southeastern Quebec.

Motorists and pedestrians should be prepared for rapidly changing weather conditions from Friday to early Saturday, even where the main storm totally missed their location or areas that received only rain.

Where the squalls persist, especially over the higher terrain of western Pennsylvania, western and central New York, western Maryland and northeastern West Virginia, several inches of snow can accumulate with snow covered roads into Friday night.

Motorists should anticipate that some roads will become slippery, even in the valleys and lower elevations during Friday night as temperatures plummet before roads have a chance to dry out. This is especially true where snow squalls persist into the evening.

In addition to high winds with gusts as high as 60 mph as the storm lifts northward and strengthens, very cold air aloft will pivot southeastward and trigger gusty rain showers with small hail in some areas and heavy snow squalls in others.

Snow showers and heavy snow squalls will pivot across the central and eastern Great Lakes to the central Appalachians on Friday. The heavier snow squalls may not only cause a dangerous sudden drop in visibility for motorists on the highways but also could bring a small, but rapid accumulation that makes roads and sidewalks slippery.

As these squalls wander farther to the southeast, where the air is slightly warmer east of the Appalachians from the mid-Atlantic to southeastern New England, rain showers can occur. However, these can be heavy and gusty and may contain hail or soft chunks of ice called graupel.

Storm may become the next ‘bomb cyclone’

In order for the strengthening storm to be dubbed a bomb cyclone, the barometric pressure at the center of the storm must plummet 0.71 of an inch of mercury (24 millibars) in 24 hours.

This storm may reach that criteria as it moves northward and intensifies along the New England coast into Saturday.

The storm is not expected to approach the strength and size of the massive bomb cyclone that hit the Central states last week. However, the rapid strengthening, regardless of official pressure criteria, will have implications with threats to property and travel.

Download the free AccuWeather app to get the latest on the forecast rapidly strengthening storm for the Northeast and its consequences. 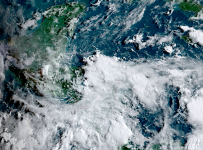 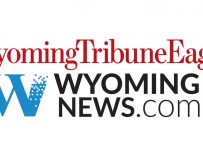