KOLKATA: Thirteen years after she ended her 26-day fast which, many believe, propelled her to Writers’ Buildings, Mamata Banerjee, now a two-term CM of Bengal, returned to Metro channel on Sunday night to start another dharna, this time demanding an end to the misuse of central agencies by the Modi government. It is Delhi, however, that she has in her sights now. 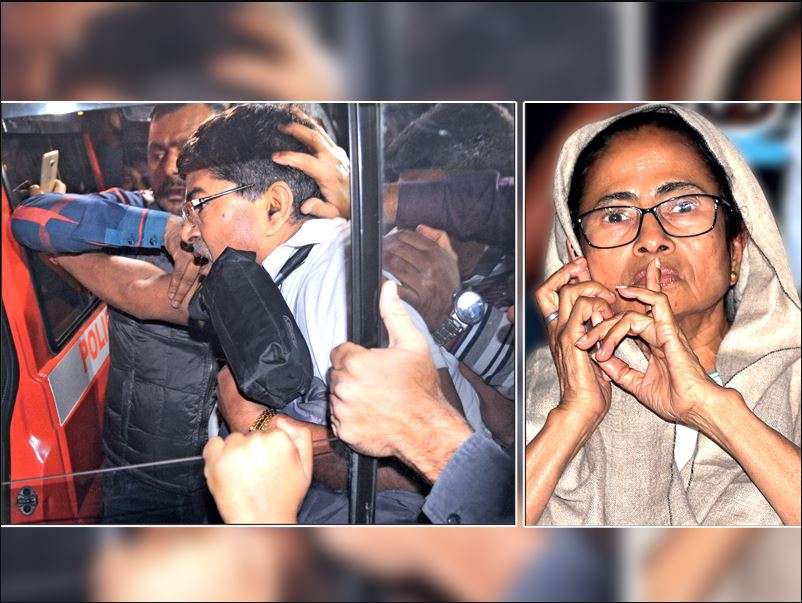 Kolkata police rounded up a team of eight CBI officials who had gone to police commissioner Rajeev Kumar’s official bungalow on Sunday evening to question him, and forcibly took them to the nearby Shakespeare Sarani police station, triggering an unprecedented confrontation between the Narendra Modi government and chief minister Mamata Banerjee.

“This is unprecedented. They are using some pretext to impose President’s rule in Bengal. This is nothing less than a coup, a super emergency,” she told journalists. “They want to control everything ‘Gabbar style’. It’s a constitutional breakdown. The Constitution needs to be protected like never. The fear of losing is driving them to desperation. They can resort to anything. This needs to be stopped, and hence my satyagraha. Only Bengal isn’t facing this threat; this is being faced everywhere. They are politically vindictive. We have specific inputs that they will wage communal tension in Kolkata… I would like everyone to raise their voice in solidarity.” 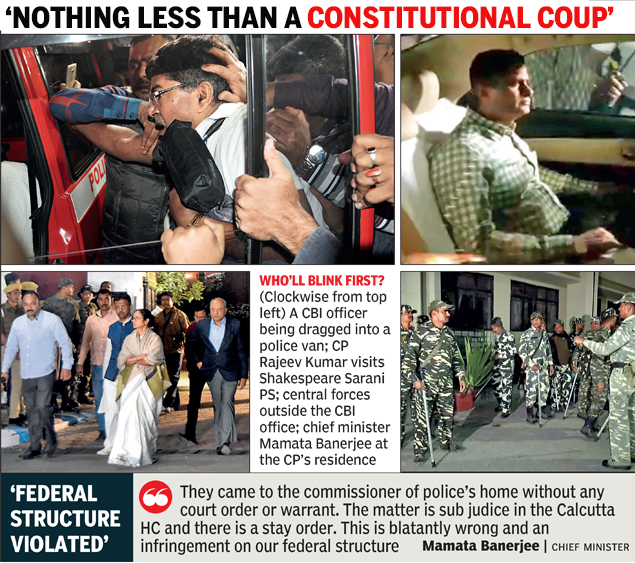 Confronted by an aggressive BJP chief Amit Shah and PM Narendra Modi who, in recent rallies, attempted to corner her on the corruption plank, the CM had been repeatedly lashing out at the misuse of central agencies ahead of elections. On Sunday, she said: “Have you noticed the language the PM used [in Durgapur? Is this courtesy? He is a threat to the federal structure of the country…. I have been a parliamentarian for long. And I am not used to the language being used against me. I do not say this as a woman. They are bent on destroying institutions. I am deeply hurt and will stage a dharna till this stops.” 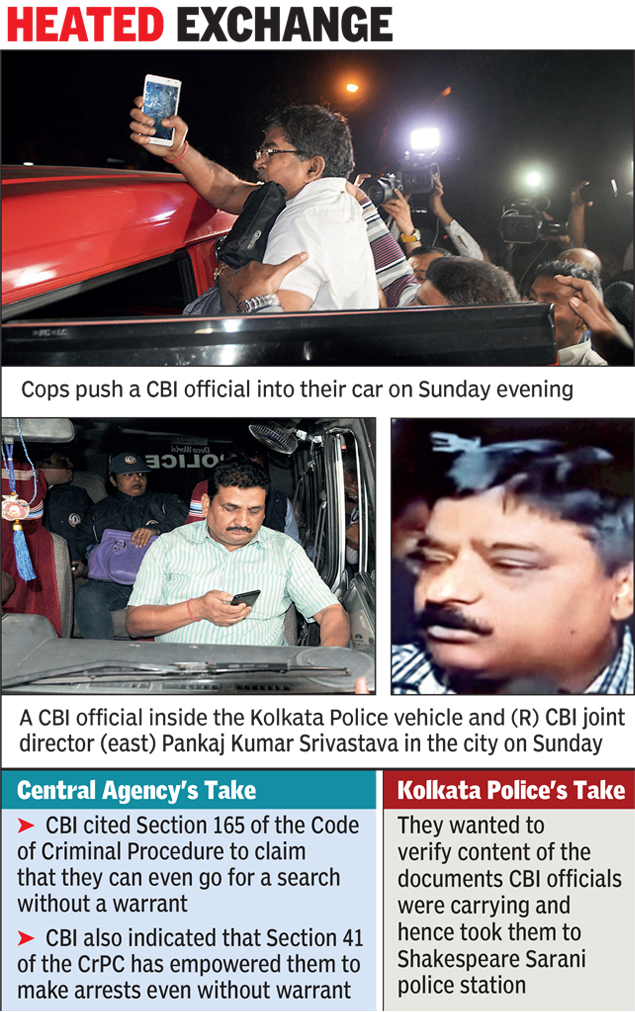 In the run-up to the general elections, Sunday’s flashpoint has had a rather quick build-up. Political circles see the sudden quickening of pace in the multi-crore ponzi cases as an attempt to clip the wings of the ruling party in Bengal. CBI has followed up all leads on the CM’s painting sales; last Thursday, it knocked on the doors of Manik Majumdar, one of Banerjee’s longest-serving aides. The move came less than 48 hours after Shah, while addressing a rally in Contai, alleged that some of her paintings were “bought by ponzi firm runners”. The CM feels that with party deserter Mukul Roy helming BJP’s poll manoeuvring in Bengal, he would target police officers known to be close to her regime, say sources.

Kolkata Police commissioner Rajeev Kumar is “absconding” and is “being looked for” his role in going slow or diluting the SIT probe in multi-crore Saradha and Rose Valley Ponzi scams. The CBI sources said that they had summoned the officer twice for interrogation but he had not been cooperating. He faces “imminent arrest” by CBI.

Sunday’s move, she said, was a bid to muzzle the opposition unity she forged in her January 19 rally in Kolkata. “I have never given in to such pressure and never will,” she said. Within hours of her announcement, the CM received calls from Congress MP Ahmed Patel and Delhi CM Arvind Kejriwal. Andhra CM N Chandrababu Naidu, SP chief Mulayam Singh Yadav and RJD’s Tejashwi Yadav and even former finance minister Yaswant Sinha endorsed her stand. 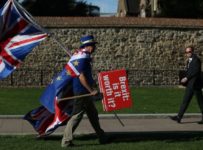