• Entering the tournament’s second weekend, Gonzaga led the country in average scoring margin (plus-23.9), while Texas Tech ranked eighth (plus-14.0).

• Three of Gonzaga’s four trips to the Elite Eight have come in the past five years. The Zags have only advanced to the Final Four once, in 2017. Texas Tech has never been to the national semifinal round.

How they got here: Gonzaga (33-3) finished the regular season 29-2, before losing to Saint Mary’s in the West Coast tournament final. The top-seeded Zags crushed No. 16 Fairleigh Dickinson in the NCAA tournament’s first round, 87-49. They beat No. 9 Baylor in the second round, 83-71, and rarely trailed in a 72-58 win over No. 4 Florida State in the Sweet 16.

Texas Tech (29-6) shared the Big 12 regular season title with Kansas State before falling to West Virginia in the conference tournament quarterfinals. The No. 3 seed Red Raiders have hardly been tested in the NCAA tournament, with comfortable wins over No. 14 Northern Kentucky (72-57), No. 6 Buffalo (78-58) and No. 2 Michigan (63-44).

What you need to know

Fast facts: Gonzaga entered the weekend leading the nation in field goal percentage, scoring offense and assist-to-turnover ratio. . . . Since 2009, the Zags have an NCAA tournament record of 17-2 as the higher seed. . . . Point guard Josh Perkins, Gonzaga’s career leader in assists, has played 152 career games, more than any player in the country. . . . Texas Tech’s Jarrett Culver was the first Big 12 conference player of the year in program history. . . . Texas Tech has led by at least eight at halftime in 10 of its past 15 games.

They said it: “Come to Spokane. You will love it.” — Gonzaga’s Zach Norvell Jr., asked this week about his school.

“We have a lot of guys who aren’t five-star guys. The coaching staff and Coach Beard . . . came from a mid-major and started out coaching random teams and has worked his way up, and a lot of our guys are the same way. We try to embrace that, you know. We weren’t the highest recruited guys, but that not doesn’t mean we can’t compete with the best of the country.” — Texas Tech guard Matt Mooney.

A largely overlooked recruit out of high school, the Texas Tech guard’s profile has risen with a breakout sophomore season and a sensational NCAA tournament.

The Red Raiders have become an NCAA tournament wrecking ball on defense, with locker-room energy to match. Next up: perhaps the nation’s best offense.

Don’t sleep on the Cavaliers, no matter how hard they make it to stay awake

It’s easy to criticize top-seeded Virginia’s ponderous style, columnist Jerry Brewer writes, but you can’t argue with the results: a berth in the Elite Eight.

With Carsen Edwards, Purdue always has a shot. Lots of them, in fact.

The prolific guard says he doesn’t think about shooting slumps, not about the torrid performance that drove the Boilermakers to their third straight Sweet 16.

‘He’s a killer’: Virginia’s Kihei Clark might be small, but he delivers big plays

Diminutive freshman guard shows poise beyond his years in helping the top-seeded Cavaliers reach the brink of first Final Four berth since 1984.

He got 49 straight picks correct, but took a hard tumble Thursday night. 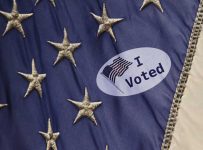 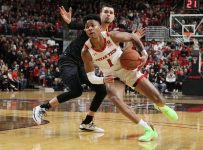