Illinois set itself apart from other states in many ways when it became the 11th state to legalize recreational cannabis.

The state was the first in the country to pass it through the Legislature instead of by voter referendum. The bill included provisions to tackle some of the biggest criticisms other cannabis legalization efforts in the country have received — that they don’t do enough to address the damage decades of marijuana criminalization and the war on drugs caused in minority communities.

Lawmakers, especially from the Black and Latino caucus, wanted to ensure any legalization measure would include people from their communities, who’ve historically been left out of the cannabis industry, said Kareem Kenyatta, co-founder of the Majority-Minority Group, which advises applicants.

“It’s no secret that the current industry is 99.9% white,” said Kenyatta, who lobbied Illinois lawmakers to include social equity provisions in the cannabis legislation.

These provisions are intended to increase diversity among marijuana business owners and executives by giving license applicants who’ve lived in areas of the state that have been severely harmed by the war on drugs a better chance of winning a license, Kenyatta explained.

“If you’ve been in these areas, you should have access to and be able to participate in the industry that you probably have encountered at some point in your life,” he said.

The law also extends these incentives for people, and their immediate family members, who have been arrested or convicted for a minor marijuana offense.

The state uses different criteria to score applications for dispensary, craft grower and other licenses. Twenty percent of an applicant’s overall score depends on meeting one of the state’s definitions of a “social equity applicant.”

So far no new licenses have been awarded to anyone in the state. All of the initial licenses went to companies that were already established in Illinois’ medical industry.

In May, state regulators were supposed to announce the winners of 75 additional dispensary licenses. And in July, applicants were expecting to hear if they had won a craft grower, infuser or transportation license. The state plans to initially limit craft grower and infuser licenses to 40 each.

State regulators blame the coronavirus pandemic for the delays, and there is no official timeframe for when licenses might be announced. The Illinois Department of Financial and Professional Regulation said dispensary licenses would be “issued in coming weeks,” after announcing they had formalized tiebreaking rules for applications last week.

The license delays hurt Illinois’ goals of adding diversity to the industry by placing extra financial pressure on applicants.

“As a social equity applicant, you’re paying attorney fees, fees for people to guide you through the process,” Kenyatta said. “The longer this drags out, the more funds you have to rely on.”

The costs to simply apply often come out of the pockets of applicants who don’t typically have established funding or industry connections, he said.

“Even if you are a successful business person, just having millions sitting around waiting for your next investment or venture is not likely,” Kenyatta said. “Once you get the license, that’s when opportunities open up and people are a lot more willing to invest in you.”

The pressure is even greater for craft grower license applicants because the application required them to have property ready to go should they win a license. For some applicants that means paying $5,000 a month or more in rent or mortgage to reserve a building they may not use.

“Not only is it delayed, we don’t know how long it’s delayed,” said Lynn Paraharm, who applied for a craft grower license in Dolton, a south Chicago suburb. “Most people weren’t prepared for this. We never envisioned it going past July 1 without having a decision.”

Some Metro East applicants also criticized the process but declined to go on record with St. Louis Public Radio about their complaints.

Paraharm said social equity applicants like himself face a tough decision on how much longer they can pour thousands of dollars into property and other expenses each month just to see if they’ll receive a license.

He admits he is lucky because the landlord of the building he would use as a growing facility so far has not charged for rent. But that could change at any time.

For Paraharm, the delays are also frustrating because they block him from achieving what he sees as another important aspect of the social equity provisions: bringing a lucrative industry and resources to historically underserved communities.

He explained that’s what initially attracted him to apply for a license.

“This gives us an opportunity, if we’re fortunate enough to secure a license, to really make a difference in the community,” Paraharm said.

Becoming an insider in the cannabis industry would allow him to decide how the money from it would best benefit an area he lived in for decades, Paraharm said. He wants to use revenue from the craft growing business to establish scholarships at public high schools in Dolton and Harvey and donate to a local boxing club that does youth outreach.

Philanthropy is a common thread with other social equity applicants, like Dr. Lawrence Hatchett, a urologist in Marion, whose group applied for 10 dispensary licenses across the state.

“We’re not big investors sitting on millions of dollars, waiting for a big payday,” he said. “Our discussion is about making it through the process and how we’re going to philanthropically make a difference.”

For Hatchett, that looks like donating to Southern Illinois University-Carbondale to specifically recruit Black and Latino students into the agriculture department to specialize in programs focused on cannabis. He said he wants to create a pipeline for them to get into the industry.

“We’re competing against hedge funds, equity funds, a lot of out-of-state money,” Hatchett said. “We want to keep all the money in our state.”

That becomes more challenging each day that passes without a decision from the state.

“If it gets delayed longer and longer, I think it weakens our chances of being successful,” he said.

The coronavirus pandemic has only intensified the assistance some majority minority communities need, especially because the virus and economic fallout from it has hit those areas harder than white communities.

“The community was already in need, they were already underserved eight months ago,” Paraharm said of Dolton. “So now with everything that’s happened over the last months, they’re even more underserved now.”

The delays have also frustrated city leaders who were expecting new revenue from cannabis businesses that will likely pop up in their communities.

“It’s disheartening. You can see the fruit right there on the tree and you can’t grab it,” said East St. Louis Mayor Robert Eastern III. “I can’t emphasize enough how we are hoping and praying that we get that in our city. It would be a good shot in the arm.”

A dispensary alone can turn the fortunes of a city. Collinsville did not need to lay off any city employees during the state coronavirus lockdown because of the tax revenue from its lone dispensary.

Eastern said many groups had approached the city about establishing a dispensary, craft growing facility or other type of marijuana-related business in the community. He added that the organizations were excited about becoming part of the city’s fabric.

“It can’t get here quick enough,” Eastern said. “To get this cannabis industry in East St. Louis during this time would have been just as impactful as when over 20 years ago we got the Casino Queen.”

Still hopeful the process will be fair

For all the challenges the license delays create for applicants and the state, Kenyatta and other industry insiders remain hopeful Illinois will be successful in establishing more minority-owned cannabis businesses.

Lawmakers required the state to publish a disparity study about a year after dispensaries started selling cannabis in 2020, Kenyatta said.

“In 2021 if the numbers aren’t at a certain point, the governor can re-evaluate,” he said. “The agency can look at licensing going forward to make sure there is diversity.”

“The opportunity is provided to people that have family members that were impacted by the war on drugs. It’s provided opportunity to those that were able to overcome their situations and are now in a position to give back,” he said. “Most of the other programs in the other states don’t take that into consideration.”

Social equity programs need to do more than simply provide an individual with a business license; they need to promote mentorship, job placement and other tools that lift communities up, he said. Illinois’ program appears to achieve that, Bulbulyan added.

The outcome of Illinois’ goal to diversify the cannabis industry will likely have national implications, said Bethany Gomez, managing director of Brightfield Group, a market research firm focused on the legal cannabis industry.

Should the state be successful, it could serve as a model for other states that are considering legalizing recreational cannabis, she said.

“It can play a part in getting buy-in from left-leaning politicians,” Gomez said. “Other states like New York or New Jersey may have a rulebook to iterate off when they consider similar legislation in their states.”

More locally, Kenyatta sees the cannabis industry as a perfect test for how other industries in Illinois could adopt similar measures around social equity.

“We can look at other industries and how social equity can apply to them as well,” he said.

Eric Schmid covers the Metro East for St. Louis Public Radio as part of the journalism grant program: Report for America, an initiative of The GroundTruth Project. Follow Eric on Twitter: @EricDSchmid 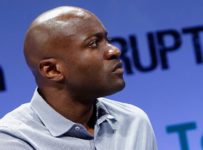