When I was in school we did science projects every year until I reached high school. Then for some reason, they became an extra credit assignment. I will be honest, after that change, I avoided doing science projects. I felt like my time was better spent elsewhere and I had a lot of video games to play. Looking back I wish I had spent my time differently. Not that I would give up video games but I think a better work to play ratio could have been beneficial. Earlier this month at the Intel International Science and Engineering Fair four teenagers were awarded a total of $185,000 for their science fair projects and that’s not all. These projects may benefit the entire world. If that doesn’t inspire today’s high school students to pursue science I am not sure what will.

The world’s largest pre-college science competition just took place in Phoenix. At this event, 600 finalists from around the world competed for prizes in 22 different categories. Those finalists were chosen by affiliated local competitions all over the globe. Once chosen each finalist was given an all-expense paid trip to Phoenix where they could show off their work in front of the world’s scientific community and compete for larger prizes. Once they make it to Phoenix each project was judged by hundreds of scientists, engineering and industry professionals, and individuals with Ph.D.’s in one of the 22 scientific categories. When it was all said and done about $5 million in prizes was awarded.

There are 22 different categories to compete in at the ISEF. This science fair includes everything from Animal Sciences to Systems Software and more. Each category had a “Best of” winner that was awarded $5,000 as well as a $3,000 first place award. In additional Intel awarded $1,000 to each winner’s school and to the affiliated fair that the students initially competed in. That’s a lot of prizes money all already but it doesn’t stop there. Out of the 22 best of winners, four more prizes were awarded.

Out of approximately 600 finalists these 22 were chosen as the Best of Category Winners.

In addition the “Best of” winners there were four other awards giving out. The first of which was Shriya Reddy, a 15-year-old from Northville Michigan who was given the Craig R Barrett award of Innovation. This award, which came with a $10,000 check, was given to Shriya for her noninvasive approach for rapidly diagnosing melanoma lesions. An approach that could save valuable time in a patients treatment.

The next is Allison Jia, a 17-year-old from San Jose California, who received one of the Intel Foundation Young Scientist Award. This award came with a $50,000 check and was given out to Allison for her investigation into toxic tau protein aggregates. These proteins spread in neurons within the human brain and are known to be related to Alzheimer’s. Hopefully, the information from this investigation will shed some light on the disease.

The other Intel Foundation Young Scientist Award went to Rachel Seevers, a 17-year-old from Lexington Kentucky. This award was given to Rachel for building a prototype engine for underwater propulsion. This engine is not only energy-efficient but is also based on the movements of jellyfish.

The top honor of the Gordon E. Moore Award went to Krithik Ramesh, a 16-year-old from Greenwood Village in Colorado. This award came with a $75,000 check and was given to Krithik for a project that helps orthopedic surgeons with accuracy in screw placement during spinal surgery. The project will help surgeons reduce operating time, speed up recovery time, and decrease side effects.

These young men and women are a true inspiration to us all. Their hard work could benefit the entire world and they haven’t even graduated high school. That’s a heck of a good start. Imagine what they could do with proper education, funding, and time.

To learn more about the Intel International Science and Engineering Fair please check out their website. 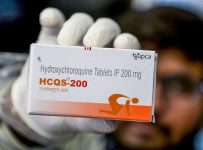 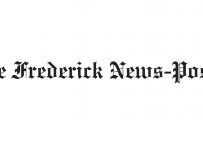