The Miami basketball team will try to move up in the ACC standings when they host Georgia Tech on Saturday. Both teams are sub .500 overall and in the ACC.

The Miami basketball team has had a much needed five days off before they host the Yellow Jackets on Saturday afternoon. Miami lost at Boston College last Sunday night. Because of weather in the Northeast, the Hurricanes return home was significantly delayed on Monday.

Miami enters Saturday afternoon’s matchup 11-14 overall and 3-10 in the ACC. Georgia Tech is a half-game ahead of Miami in the standings with a 3-9 ACC record and identical 11-14 overall record. Both teams are likely headed to first-round games in the ACC Tournament next month.  This is a big game for seeding.

Georgia Tech enters Saturday’s game after ending a seven-game losing streak with a victory over Pittsburgh on Wednesday night. The win moved the Yellow Jackets up two spots in the conference standings from 13th to 11th ahead of Miami and Notre Dame.

Georgia Tech struggles to score but they are very solid defensively. The Yellow Jackets have only two players that average in double figures compared to five for Miami. They really miss former All-ACC guard Josh Okogie.

Jose Alvarado leads Josh Pastner’s team with 12.3 points per game. James Banks is averaging 10.2 PPG and 7.7 rebounds. Miami should be successful if they can force Georgia Tech to shoot the ball from outside. The Yellow Jackets are 330th nationally shooting 30.5 percent on three-point attempts.

Okogie carried Georgia Tech with 30 points in a 64-54 victory over then number six Miami last season in Atlanta. Dewan Huell (now Hernandez) was the only player for Miami in double figures with 13. Both teams are very different from that meeting.

This is Georgia Tech’s longest NCAA drought since missing the tournament from 1962-83. This will be the fourth time during Jim Larranaga’s eight seasons that Miami has missed the NCAA Tournament. It has been well documented that the Hurricanes are missing multiple players for the season.

Next: Miami basketball womenś NCAA team of the week

Miami ends February on Tuesday night with their last of four consecutive games against unranked teams. Wake Forest is currently 9-14 overall and 2-9 in the ACC. The Demon Deacons play Sunday night at North Carolina State. 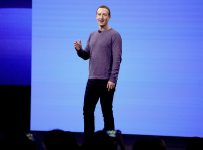 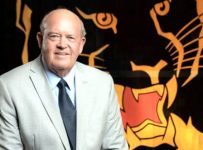 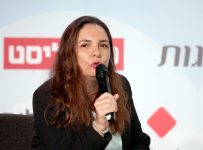