More than 170 business leaders, including Terence Conran and Norman Foster, have thrown their weight behind the campaign for a second referendum on Brexit.

In a step designed to indicate growing support for a “people’s vote” after Theresa May suffered the heaviest parliamentary defeat in the modern era over her Brexit plan, the letter due to be published in the Times on Thursday asks both main party leaders in Westminster to support a second referendum.

Conran, the renowned designer, who was knighted in 1983, and Lord Foster, the architect behind the Gherkin skyscraper in the City of London, were among 172 signatories from the world of business urging a second referendum on the final Brexit deal.

The architect Sir David Chipperfield and the noble laureate and research scientist Paul Nurse were also among new names on the list of supporters. Several other captains of industry, including Mike Rake, the former chairman of BT, had previously backed the campaign and were also included as signatories.

The figures from business, together representing more than £100bn in annual contributions to the UK economy, warned that a bad Brexit deal or Britain leaving without any deal at all could damage the economy.

While admitting that many business leaders had initially backed May’s deal, even though they believed it was far from perfect, the group stated that the priority after the prime minister’s defeat in parliament was to stop a “chaotic crash-out from the EU”.

The letter said: “The only viable way to do this is by asking the people whether they still want to leave the EU. With the clock now ticking rapidly before we are due to quit, politicians must not waste any more time on fantasies. We urge the leadership of both the main parties to support a people’s vote.”

Both May and the Labour frontbench under Jeremy Corbyn have so far dismissed the idea of a second referendum. The prime minister has said she will speak to senior MPs to find a compromise deal, while Corbyn is pushing for a general election.

The warning comes after the CBI lobby group suggested that the UK resembles a “supertanker heading for the rocks” after the dismissal of May’s Brexit plan, saying the country would not be saved unless factions in the Conservative party drop their “red lines” for a deal.

It also comes after Mark Carney, the governor of the Bank of England, said the financial markets were indicating that a delay to Britain’s exit from the EU could be possible after the prime minister’s crushing defeat.

The pound bounced back against the dollar on Tuesday night amid optimism that article 50 would be prolonged and that the prospect of a disorderly severance from Brussels had receded. 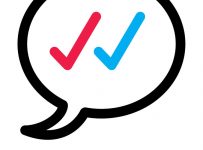 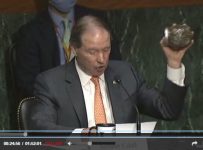