MOUNT DORA — Residents will have to wait a little longer to learn whether or not they will be allowed to walk around the city’s downtown area with a drink in their hand.

Although the creation of an entertainment district in the downtown area was on the City Council’s agenda for a final vote Tuesday night, it was tabled by City Manager Robin Hayes near the start of the meeting.

Hayes said the reason for the delay is because the process and procedures surrounding the open-container ordinance were only officially made available to merchants on the city’s website last Thursday.

“We would like to allow them more time to review it,” Hayes said during the meeting.

Hayes said by doing so, merchants would be able to better communicate to the council what they like or don’t like about it and therefore, would be able to make more informed comments about it.

A city spokeswoman said the final reading for the entertainment district will be placed on the agenda for a future meeting, but that the date has yet to be determined.

The ordinance, if approved, would allow outdoor consumption of alcoholic beverages in the district seven days a week.

The idea behind the entertainment district is that people would be allowed to carry a drink with them from one participating business to the next and outside areas within the district’s boundaries.

Businesses that serve alcohol must be registered with the city and patrons could only carry drinks on the street in plastic cups not to exceed 16 ounces. The cups must contain markings to identify the business.

Additionally, only one drink per person would be allowed at any given time and no drinks can be purchased or consumed between 2 a.m. and 7 a.m.

The measure got tentative council approval in September, when the board voted 5-2 to move it to a final vote. Councilwoman Laurie Tillett and Councilman Cal Rolfson cast the dissenting votes. 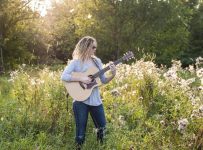 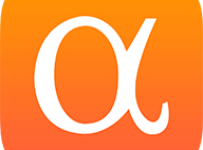