The chief executive of Next has said the British high street is facing a crisis that is “unprecedented in living memory” as it joined a slew of companies warning of the devastating impact of the coronavirus pandemic.

Simon Wolfson said Next was planning for up to a £1bn hit to sales in the year ahead as the UK prepares for lockdown to try to slow the spread of the virus. He called on the government to put in place measures to support the income of staff in shops that are forced to close.

“Our industry is facing a crisis that is unprecedented in living memory, but we believe that our balance sheet and margins mean that we can weather the storm,” he said, adding that the retailer was considering delaying payment of a dividend to shareholders as it hoards cash to try to survive the crisis.

Separately, Burberry said sales at stores open more than one year had slumped by between 40% and 50% since last month’s warning that profits would be affected by the virus. Around 40% of its stores are shut and more closures are expected in the coming days.

Burberry’s chief executive, Marco Gobbetti, said the company was trying to cut costs, including seeking rent reductions from landlords, and expected sales to be down as much as 80% for the remainder of its financial year, which ends on 28 March. The company expects sales for the final quarter to be down 30% on a year ago.

Other companies also warned of the impact of the crisis on their business.

National Express, the coach and rail operator, has seen a significant drop in passenger numbers in recent weeks across North America, the UK, Spain and Germany. Its top executives and operational managers are taking pay cuts for the duration of the virus outbreak but expect to be paid back once it is over. In North America, the group has been hit by school bus and shuttle bus closures. In the UK, National Express coaches are moving to a service similar to Christmas Day, while buses are moving to a typical Sunday service.

Australia’s national carrier, Qantas, has come under fire from unions after it said it would stand down two-thirds of its 30,000-strong workforce without pay and end international flights.

Everyman, which runs 33 boutique cinemas in the UK, is in talks with lenders to bridge any potential covenant breach. The company has modelled what would happen if the virus causes its chain to be shut for three months, followed by one month at 50% normal trade and one month at 65%.

Bloomsbury, the publishing group, flagged up disruption to bookshops and academic institutions, but books – print, ebooks or audiobook downloads – are likely to be popular at home.

The housebuilder Crest Nicholson is suspending all financial guidance and will tap its £250m revolving credit facility to release £185m of cash.

Young’s, the pub group, has announced a three-month property rent holiday for its tenants. It said: “Let’s be in no doubt that with pub closures imminent, albeit hopefully for only a short period, all businesses in our sector will be severely impacted.”

Auto Trader, the online marketplace, said it would not charge its retailer customers for their advertising packages in April and would let its customers defer payment of their March advertising costs by 30 days. This will push the group into an operating loss of £6m-£7m in April. 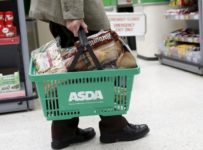 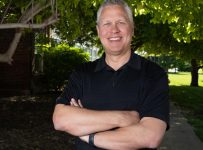