Asia markets retraced some of their early losses Monday morning but investors remained wary about global risks that include a trade fight between the U.S. and China, growth outlook, as well as oil prices.

In Australia, the ASX 200 erased earlier losses to trade marginally higher around 5,923. The heavily-weighted financial subindex fell 0.66 percent as shares of some major banks tumbled: ANZ shares were down 3.74 percent and the National Australia Bank declined 0.24 percent. Westpac shares were up 0.13 percent and Commowealth Bank rose 0.58 percent.

Oil prices will also be closely watched on Monday after the Organization of the Petroleum Exporting Countries (OPEC) and its allies warned about surging oil output that is set to leave the crude market oversupplied in 2019.

A committee of several OPEC members and other crude exporters said that a larger group of roughly two dozen nations may have to launch a fresh round of output cuts in order to keep the oil market balanced. That announcement came as rising supply and a weaker outlook for demand have contributed to a sharp pullback in oil prices.

“The fairly quick downward correction in oil prices has finally stirred OPEC members to broach the topic of more output cuts over the weekend,” Wei Liang Chang, a foreign-exchange strategist at Mizuho Bank, wrote in a morning note. “Even so, the correction in oil prices appears partly due to a pullback in global equities, and output management risks exaggerating price moves when market sentiment reverses.”

In the currency market, the dollar index, which measures the U.S. dollar against a basket of its peer, traded at 96.984, up from levels below 96.000 in the previous week.

Analysts said that the dollar “reasserted itself” as sentiment fell in the stock market last Friday. 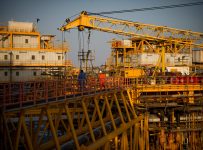 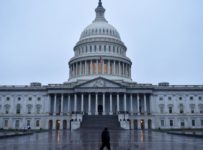