Four of the most magnificent bronze statues that have survived from ancient Greece — most likely buried to hide them from the Romans — were discovered in central Piraeus in 1959 by workers for the local water and sewage company. Since then, construction on metro and tramline extensions has revealed much about the city’s past; archaeologists and construction crews have worked closely to preserve artifacts. In fact, contracts for major projects provide a strict framework, with construction firms paying for excavations.

The Piraeus Port Authority has expressed willingness to respect the past and to conserve antiquities, in accordance with the concession agreement ratified by the Greek Parliament — which includes paying €2.5 million for the ancient walls’ restoration.

So what would be the point in declaring so much of Piraeus an archaeological site? And if this is so important to archaeologists, why wasn’t it done earlier? Culture Ministry officials say that if the Central Archaeological Council’s proposal is accepted, development will not stop. “All we are saying is that under this city lies the ancient city,” one of them told me. But this was never in question.

Greek cities will hold mayoral elections on Sunday. Nikos Belavilas, the candidate in Piraeus from Prime Minister Alexis Tsipras’s left-wing Syriza party, is behind in the polls. Presenting himself as a critic of the Chinese construction project would make him appear a guardian of the city’s past — and would appeal to the left-wing voters, who are skeptical of the Chinese development project. Mr. Belavilas has been careful: He says he supports Chinese investment, but he also welcomed the proposal as “the application of the law.” He told a Greek news site, “When investors do not have the mentality of conquerors or colonialists, everything can be achieved.”

The main opposition party, the center-right New Democracy, on the other hand, attributed the Council’s intervention to the government’s “ideological obsessions,” saying that these “undermine building activity in the country’s largest port.” The incumbent mayor, Yannis Moralis, said that no one knows how applying the proposal would affect life and business in the city.

Mr. Tsipras was in Beijing last month for the Belt and Road Forum, where Piraeus’s port was presented as one of the projects enhancing China’s connection to the global economy. But the prime minister is a convert to this position. When Syriza came to power, in early 2015, it opposed privatization in principle, but Greece’s creditors forced it to adapt, leading to the sale of the majority stake in the port in August 2016. The Chinese company, which has run a container terminal there for nearly 10 years, says its investments have already generated jobs for more than 3,000 people and, indirectly, for another 10,000.

Nearly two months after the council’s proposal, the culture minister is yet to make a decision — conveniently tying the drama around Piraeus’s development to Sunday’s mayoral and European Parliament elections. It allows Syriza to tell its voters that it fights big interests, even as it signs deals with them.

Nikos Konstandaras is a columnist at the Greek newspaper Kathimerini and a contributing opinion writer. 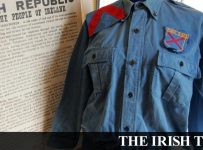 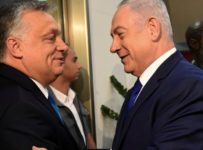 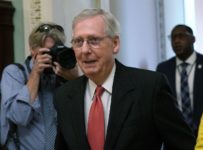