A courtyard area in front of Barnstormer banquet facility shows overgrowth Wednesday, Aug. 1, 2018 due to the business being unused for a number of years.(Photo: Gillis Benedict/Livingston Daily)

Once popular but long shuttered banquet hall and entertainment venue Barnstormer Entertainment Complex is planning to reopen, according to its owner.

The complex, near Whitmore Lake, closed several years ago after it was determined to be a dangerous building.

But owner Rob Cortis said he’s ready for a comeback after settling a legal battle with Green Oak Township.

Cortis, a Livonia resident who closed the business in 2012 following local building and fire code violations, says he plans to fix up and reopen the shuttered three-story, 25,000-square foot wedding, banquet and night club venue at 9411 E. M-36 in the township.

One township official said bringing the building up to code and making it safe enough to reopen could be a costly and difficult challenge.

“We settled (a lawsuit), and it means the court part of this is over and we can move forward to secure funding and have what they call an old-fashioned barn raising,” Cortis said. “We’ve established what all the issues were and what needs to be repaired and brought up to code, so that we can reopen in the next year, and I hope to be physically working in there in three-to-six months.”

He expects to submit plans for resurrecting Barnstormer, which first opened in 1988, to the township “in the next month or two.”

He estimates repairing the building, installing a proper fire suppression system and new staircases, and bringing it back up to code would cost “between $400,000 and $500,000.”

He said he has found some potential investors and he met them while traveling around the country with his “Trump Unity Bridge,” a 30-foot bridge on wheels decorated like a parade float to support President Donald Trump.

“Hopefully it will be smooth sailing and we can put everything behind us and make the Barnstormer great again,” he said.

“He has a long road and steep hill to climb,” Sedlak said. “Everybody who is familiar with the situation would understand that (the building) needs a significant influx of money and work to reopen, complying with all the building, safety and fire codes.”

“For me, the biggest issue is Mr. Cortis having the money to be able to do that properly. …There are parts of the building that are going to have to be removed, demolished, that were built without permits and not approved,” he said.

While Sedlak said he “would love to see a banquet facility in the township of the type of success that he had before,” the question is “whether or not it can be done in that building.”

He said he wished Cortis “every success in his quest to reopen.”

The legal dispute between Cortis and the township took years.

Cortis and the township reached a settlement in June after court-ordered mediation.

The settlement agreement calls for Barnstormer paying the township $27,078 in court costs related to declaring the building a dangerous building and $85,000 in court-ordered sanctions against Barnstormer for filing a frivolous lawsuit, he said.

Cortis said he plans to pay costs related to the settlement, which will be a lien against the property until paid.

Township fire officials in 2011 decided to limit occupancy to 175 on the first floor and close the second floor.

Part of a padlock sits on the sidewalk in front of the Barnstormer banquet facility in Green Oak Township Wednesday, Aug. 1, 2018. (Photo: Gillis Benedict/Livingston Daily)

Cortis’s business RJMC Corp., which did business as Barnstormer, sued the township that year. The suit claimed the fire department’s decision to limit occupancy was unwarranted and damaged business.

Wedding receptions were cancelled, some with little notice.

“All of my weddings were a minimum of 200 guests,” Cortis said.

In March, 2012, township officials declared Barnstormer a dangerous building. The township Board of Trustees approved a resolution requiring portions of the complex built without permits, inspections or certificates of occupancy to be demolished. Among other concerns, building officials said there was inadequate space to exit the building in case of an emergency.

Cortis decided to close the business.

“I closed it by my choice, and I was allowed to stay open with limited guests, but the amount of people couldn’t support financially keeping it open,” Cortis said. “Economically is wasn’t worth it with all the political restrictions.”

“Any building has to have an evacuation plan for the amount of people the building is approved for, and this would be one of the things we stress the most, because we certainly don’t want to end up on a front page of a newspaper having a situation where people got hurt,” he said.

In 2014, the complex went into foreclosure for nonpayment of property taxes, but Cortis avoided the building going to tax auction by paying off $30,000 in property taxes.

The building was listed for sale that year and has since been taken off the market. 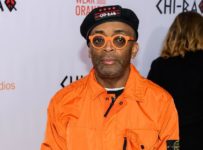 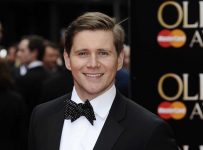 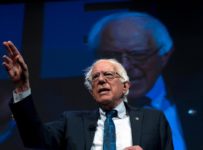