If they lived long enough, Laramie’s pioneers saw much progress. However, in the case of one man, “progress” also meant a sacrifice of what he had built.

Nelson Jesse Converse (1861-1939) came to the Laramie area as a 6-year-old in 1867. He never left. His mother, Mary Converse of Anamosa, Iowa, had recently remarried after her first husband was killed in the Civil War. Her new spouse was watchmaker Levi Wilcox, also of Anamosa, who brought the family into what was to become Wyoming Territory. They were part of a group of about 10 people migrating west, including others named Wilcox, all from the town of Anamosa in eastern Iowa.

There was no Laramie then. The Anamosa group was led by former teamster Charles Hutton, who had staked out ranchland he’d visited earlier along the Laramie River. He married Rowena Wilcox in Anamosa in 1859, and left frequently after 1861 to work for freighter Ed Creighton on routes that came through the Laramie Plains, then unpopulated. Around 1867, Hutton brought his whole family west. The group included his wife’s parents and apparently Levi and Mary Wilcox and young Jesse. Later, Jesse Converse recalled that the first place his family stayed in Wyoming was with the Huttons.

Soon the Union Pacific (UPRR) tracks reached Laramie, a townsite was platted and Levi Wilcox chose a lot at the corner of what is now Ivinson and Second, where the First Interstate Bank parking lot is now. He began as a general merchant, including jewelry.

By 1870, the Levi Wilcox family was established in Laramie and Jesse’s older sister, Nancy Converse Gavitt, and her family of four lived with them (or might have come with the original party). Thirty years later, Nancy was a widow, still living in the same place on South Second Street, but now with Jesse and his wife.

Levi Wilcox announced in an 1872 issue of the Laramie Sentinel that henceforth he would “devote his whole time and attention to the jewelry business, at the sign of the big watch, corner of A [now Ivinson] and Second Streets, Laramie.”

Jesse Converse was a seventh grade student in 1873, one of four seventh graders in that class. That might have been the extent of schooling available then. Ten years later, his stepfather died, and the Sentinel announced that Jesse was carrying on the family business “at the old A Street stand.” He expanded the jewelry stock to include guns and ammunition. While he never advertised as a watchmaker, he did advertise that he would do engraving and sold watches.

Converse quietly began buying downtown properties, including all the lots the Converse building would later occupy. An 1891 newspaper report says he also owned five other residences in Laramie. Jesse started joining organizations such as “Sons of Veterans” that was organized in Laramie in 1885, and the Masons. By the time the Converse Building went up in 1910, he had sold the jewelry business and mainly acted as a landlord/property manager.

In 1887, Jesse married Catherine “Kate” E. Reynolds (c. 1865-1950) in Laramie. She had grown up in the family home at 609 S. Second St.; her father was a house carpenter. She, like Jesse, spent nearly her entire life on South Second Street. As a bride she moved to the second floor of a building that is no longer standing at 115 S. Secind St. (about where the driveway to the First Interstate Bank parking lot is now).

They did not have children; Catherine never moved from 115 S. Second St. until she became a widow. It’s possible that this had been Jesse’s home from childhood.

There was a shop on the ground floor of their building occupied by various enterprises. In 1907 it was the “O.K.” theater showing “first class up-to-date moving pictures.” A three piece “orchestra” accompanied the silent films. The Boomerang gave a kind review of the orchestra on opening night, saying that “with more practice this will be a major feature of the show.” No doubt that was a bit noisy for Jesse and Catherine living upstairs, but the theater was short-lived.

Some have speculated that Jesse Converse might have been related in some way to Amasa R. Converse, for whom Converse County, Wyoming was named. He was in Cheyenne in 1867 at the same time as the Wilcox/Converse family were, about 50 miles away. However, there is nothing to connect the two so far.

Jesse Converse was probably the sole source of support for his wife and his widowed sister and her two children. At some point he became a director of Laramie’s First National Bank (later to became the First Interstate Bank). He invested in real estate, and consolidated his holdings on Thornburgh (later Ivinson) Ave. into one building plot. His 1910 plans were for a big 3-story structure, with six shops on the ground level and offices or apartments on the floors above.

To make way for the Converse Building, some Laramie landmarks had to be torn down. Chief among them was Mr. H.G. Welch’s shoe repair shop in a vintage log building. The Boomerang of June 6, 1910 dismissed its demolition, saying: “There isn’t any time to be sentimental about it. You must brace up and be proud of the fine three-story structure of brick and steel and glass that is to rise there in the next few months.”

The architect was E.E. Goodwin, who had a brief practice in Laramie from early 1909 through July 1910. The red brick of a hand-colored postcard may be exaggerated, as the newspaper said that it was to be “mottled buff brick from Omaha.” The steel girders were something new for Laramie, but like many historic downtown Laramie buildings, the top floor featured skylights to light the offices.

Excavation and construction finally got underway in June 1910. The first occupants moved in around Christmas, the rest in early 1911. As far as we know, the office suites were enlarged, so there were few if any residential apartments.

The first business was the Western Irrigated Lands Co., with engineers W.J. Werall and J. E. Hardy. Two medical practitioners moved in on the second floor: Dr. C.J. Sawyer, a dentist and Dr. E.M. Turner, an Ear, Eye, Nose and Throat specialist. A dressmaker had a suite of offices on the third floor. A.E. Greenwood, a jeweler, had one of the ground floor retail shops.

Converse allowed the Laramie Woman’s Club to temporarily utilize a vacant shop for a bake sale and merchandise exchange, probably at the urging of Catherine, a club member. The women announced in 1911 that any woman in Laramie with any article for sale could bring it to the Woman’s Club Exchange where it would be priced and sold — an early version of the “exchange” that the Club currently conducts in its booth at Bart’s Flea Market of Laramie.

Soon the Western Union telegraph office was in the building and contracted for a unique feature, electrically controlled clocks, ten of which were placed in buildings around town. All were automatically reset hourly according to time sent by telegraph.

A major catastrophe was averted in November of 1912, when an oil stove on the third floor “went wrong and the flames communicated to furniture and woodwork.” This was in the suite of Miss Goldie Musgrave, the dressmaker. It’s not clear why she needed an oil stove; the building was designed with steam heat — perhaps for heating her irons?

Firemen quickly extinguished the flames. They also threw the burning stove out the third story window to the ground below, and in the process broke all that window’s glass. Other building occupants helped salvage her dressmaking paraphernalia, so there was only $100 worth of damages to her possessions. The building suffered $45 in damages.

Jesse Converse did not live to see his building sacrificed for yet more progress. It was in the way when the First Interstate Bank bought it. The bank also took over Laramie’s outdated Post Office at the corner of Third Street and Ivinson Avenue. These, along with the old bank building on the corner of Second Street, were all demolished. All the buildings on South Second Street up to the Elks Lodge, including the one that had been Jesse and Catherine’s second story home, were also torn down. Most of this happened in the early 1960s.

The Elks Lodge had been under construction in 1910 at the same time as the Converse Building. It is the only building remaining of those that were on that entire block in 1960. The last to go was Dunn’s Coffee Shop and bus stop that had long been on the corner of Third Street and University Avenue. It and all other lots of that block, except that of the Elks, are now occupied by the First Interstate Bank.

Catherine and Jesse Converse returned home in June of 1939 from a long ocean vacation from New York to Los Angeles. Jesse died shortly afterward in October at age 78. He was one of two original trustees of the bulk of banker Edward Ivinson’s estate after Ivinson died in 1928. The trustees were responsible for building and maintaining a home for aged ladies in Laramie as Edward and Jane Ivinson envisioned it. The trustees completed that work. It stands at 2019 East Grand — the “Ivinson Home.”

It was natural for Catherine Converse to move to the Ivinson Home herself as a widow. When she died there in 1950, she had no direct heirs. A major part of her estate, if not all, was a gift to the Ivinson Home to assure its future success to provide low cost residences for elderly women with a Wyoming connection. I haven’t learned the amount of that bequest, but I’m told it was substantial.

Editor’s note: This story required some wading through historical documents on Ancestry.com, some of which contain errors. For instance, the 1900 US Census mistakenly lists 207 S. Third St., the Laramie Steam Laundry at the time, as the address for Jesse and Catherine Converse. 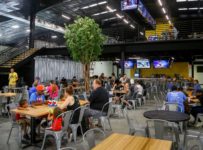 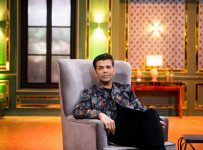