The main focus of the storms has been and will continue to be the Northwest into this weekend.

The storm train over the northern Pacific has seas greatly agitated. Occasionally, stronger storms have been sending large waves that frequent the coastal Northwest and farther south along the coast of California.

“While the strongest storm in the series has moved out and waves have eased a bit, expect additional rounds of heavy seas, rough surf, coastal flooding and beach erosion to continue in the coming days,” according to AccuWeather Long-Range Meteorologist Max Vido.

The storm that roared ashore on Monday produced damaging winds along the Washington and Oregon coasts and 50-foot seas off the coast of Oregon and Northern California.

Download the free AccuWeather app to see what the next storm’s impacts will be in your area.

On Tuesday, heavy rain contributed to a mudslide that closed a section of State Route 109 in Washington. The same storm spawned a tornado near the Washington coast.

The cumulative effect of the storm train from Washington to Northern California will keep the risk of mudslides and flash flooding elevated, while the potential for avalanches in the Cascades and Olympics continues.

Motorists along the Interstate-5 corridor should anticipate delays due to wet roads and poor visibility at times.

The stronger storms also bring the risk of trees toppling, large branches breaking and episodes of strong winds in general from the Northwest coast to the northern Rockies and eastern High Plains.

The next storm is scheduled to roll ashore in the Northwest on Thursday with areas of heavy rain, heavy mountain snow and gusty winds.

The overall pattern will continue through next week, but it may change slightly.

“It looks as though the storm track will shift southward during next week,” Vido said. “A storm on Sunday may focus on Oregon, while another storm that follows Monday night to Christmas Day may have more impact on California.”

When a wildfire is 100-percent ‘contained,’ does that mean the blaze is completely extinguished?

Winter solstice: Everything you need to know about the shortest day of the year

White Christmas 2018 forecast: Who has the best shot at snow?

As the storm track shifts southward, freezing levels will tend to fall as the pattern progresses.

This means that while episodes of snow at the passes in the Cascades will be brief in the short term, longer-duration snow may occur at these passes and others farther south in the Sierra Nevada as colder air forces the storm track to shift.

“Snow may reach down to low elevations east of the Cascades in Washington and northern Oregon with the storms later this weekend,” according to AccuWeather Senior Meteorologist Bernie Rayno.

Motorists should keep up to date with vehicle restrictions as they are issued with each storm over the passes along I-5 over the Grapevine, I-80 in Northern California and I-90 in Washington. 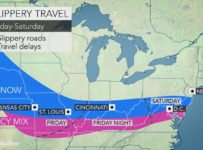 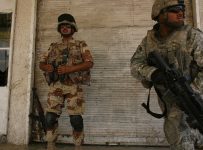