The Bronx Science boys volleyball team has dealt with something of a handicap as it opens the 2019 season — They’re homeless.

OK, maybe not totally homeless. But due to some refurbishing going on in their home gym, the Wolverines have been hard-pressed to find practice time to prepare for the season.

It turns out getting about half the time they usually get is no problem at all as the Wolverines opened their season with straight-set victories over both Truman and Clinton to go 2-0 out of the season’s starting gate.

Those straight-set victories are nothing new for the Wolverines. Not by a long shot.

Last season, the Wolverines lost just one set in a 9-1 regular season run.

The squad has been a juggernaut over the past several seasons winning three straight Bronx A Division crowns and compiling a sterling 27-3 regular-season mark.

It will get no easier for Science’s opponents this season as head coach Dan Skilins declared “we’re going to be really good this year” before playing Clinton.

Just what the rest of the Bronx wanted to hear. So you can see why a little thing like decreased practice time is more an annoyance than a hurdle for these Wolverines.

“These guys are a tight unit, a very tight crew,” Skilins said. “And we have some young freshmen that I like a lot. You saw Ben (Tang) serving the ball there. He’s a young guy, only a freshman. We’re trying to get these young guys in and playing right away.

“But I can’t speak enough about Ethan Chen, our captain. He’s just a phenomenal player and a great leader.

Ah yes, Ethan Chen. Perhaps no one has started their season off with as much flair as Chen. In the Wolverines’ 25-4, 25-23 victory over Truman, Chen logged 20 assists with Noah Ding adding six kills, and David Schramm contributing four aces and six service points.

That trio was at the center of Science’s win over Clinton as well with Chen posting 16 assists and seven service points while Ding chipped in with two aces, five service points and three kills, and Schramm added eight digs.

Just another day at the office as these Wolverines already look to be in mid-season form.

“It’s been going pretty good, although we haven’t had much practice space,” Chen said. “But when we do have practice, it’s really efficient, and we get done what we need to get done. Everyone is really committed.”

If there is one thing Skilins would like to see his Wolverines clean up is an occasional lack of focus that, at times, makes apparent runaway victories a little closer than they should be. Like the second set of the Truman match, for instance.

“I would just like to see us as a team go through that protocol checklist when we’re playing,” Skilins said. “You’ll see we’re in and out of focus. Sometimes we’re focused for five to eight plays, and we’re going through that protocol and we’re communicating like we’re supposed to. And then there are times that we don’t and we’re just mentally flat.”

Not to worry, Chen said. That little shortcoming will be rectified before long.

“Yeah, we need to get rid of that if we want to play well against the tougher teams,” Chen said. “But in the Bronx, we’re hoping to go 10-0 this year because we always go 9-1. So we’re hoping to break that streak.”

It’s a nice problem to have, setting your goals at 10 wins instead of nine, while other teams in the division just look to avoid a date with Science for as long as possible.

So does the road to the Bronx A Division crown go through Bronx Science again this season?

“I hope so,” Skilins said. “I know a lot of teams (in the division) have had their coaches stay with their programs for (a) while now, and they’ve done a really nice job to solidify and improve their programs. It’s great to see for Bronx volleyball. A lot of teams have really improved.”

Maybe, but probably not enough to topple the mighty Wolverines.

“We play year-round together on club teams, so we have the experience, and we’re a bit more advanced than some of the other teams,” Chen said. “So I think we’re going to be at least a top five team (in the city) this year.” 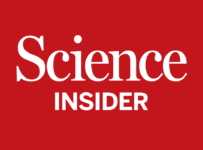 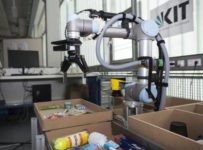