After an investigation lasting the better part of a decade, a Pennsylvania real estate investor is headed to prison for masterminding a multi-year mortgage scam a prosecutor called “simply stunning” in its scope and duration.

According to the Department of Justice, Rossi and his co-conspirators ran the scam from 2006 to 2012. Altogether, they scammed Nova Bank, First Cornerstone Bank, and Leesport Bank (later VIST Financial Bank) out of more than $4.15 million in connection with multiple real estate closings for small residential properties in working-class neighborhoods.

In each case, Rossi and his co-conspirators obtained fraudulent mortgage loans and made misrepresentations about the disbursement of the loan funds, the Justice Department said. Rossi also falsified “numerous documents,” including tax returns and HUD-1 settlement sheets, in order to bilk the financial institutions.

Although the banks were able to mitigate some of their fraud losses, they and their insurers still lost more than $2.85 million. Rossi himself pocketed about $1.38 million from the scheme.

“The scope and duration of Rossi’s fraud are simply stunning,” said US Attorney William M. McSwain. “He stole millions of dollars from bank lenders and preyed upon residential neighborhoods – and then attempted to cover his tracks with lies. That sort of white-collar crime deserves significant prison time, which is what Rossi has earned.”

The case was investigated by the US Postal Inspection Service. Damon Wood, inspector in charge of the service’s Philadelphia Division, even tied Rossi’s scam into the 2008 financial crisis.

“Dean Rossi lied on mortgage applications staring in 2006. His lies and greed helped contribute to the financial meltdown in 2008,” Wood said. “Over 10 years later, after being found guilty at trial, he has finally been sentenced to five years in jail. I want to thank the postal inspectors and the assistant United States attorneys who stayed with this case for nearly a decade. The Postal Inspection Service has a long history of investigating fraud schemes, and we will continue to lead and support investigations into fraud schemes that use the mail.” 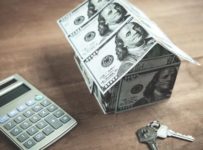 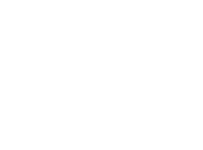