NEWMARKET Before it went out of business last year, locals and visitors passing through downtown couldn’t help but look up at the Marelli’s convenience store’s sign and smirk.

With its green awning and overhead sign displaying Marellis Fruit and Real Estate, passerbys would giggle over the two seemingly unrelated featured products and services offered inside. Since it opened in 1909, Marellis was a destination on Main Street for residents to grab lifes necessities: milk, eggs and an occasional six pack. However, the store had not sold a piece of real estate since the Roaring 20s and ended up closing in 2017.

Now, real estate services are back with the opening of a Brick and Barn Real Estate group office in the former Marellis storefront. Owner and CEO Scott Rome said he and his team who will be stationed in the Newmarket office and eager to help people find their homes in Newmarket, Exeter, Durham, Newfields and Stratham.

The office celebrated its opening with an open house and ribbon-cutting ceremony Tuesday afternoon. Brick and Barn also has offices in Portsmouth and a commercial division in Dover, Rome said.

Were bringing the real estate back to this space, Rome said. We want to create a comfortable and collaborative environment where our customers are treated the right way. Were thrilled to be a part of this tight community.

Upon walking into the Brick and Barn office, former patrons of Marellis will notice the refinished floors and a piece of the awning hanging on the wall to pay tribute to the former establishment. Rome said the still-functioning antique refrigerator will be converted into a shelving unit.

Vice President of Real Estate Peter Deely said the company converted the former storage area for Marellis in back into a conference space and they tore down a drywall section to expose an interior brick wall that predates Marellis when the building was a turn-of-the-century bank.

Brick and Barn has converted the former bank vault into a storage space, Deely said.

We made an effort to preserve the historical features of this space, he said. We wanted to maintain all the heritage here.

Lisa Keslar, president of the Newmarket Business Association, said she was thrilled to have a new tenant on Main Street who is invested in growing with Newmarket.

Its fabulous to have Brick and Barn and its really important to have a full Main Street in town, Keslar said. Brick and Barn has proven they want to be part of our community. Its a funny coincidence that after all the years of Marellis Fruit and Real Estate, there is finally a real estate operation in the space. 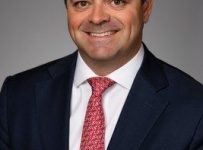 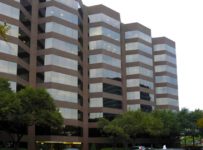