The national average price of a home fell in January — pulled down by weakness in Western Canada.

The Teranet–National Bank National Composite House Price Index was down 0.1 per cent from the previous month. It’s the fifth straight month the national average price has not risen — the longest streak since 2013.

Vancouver fell 0.3 per cent. But despite the drop — prices are still not far off from historic highs.

“But the tripling of home prices from 2000 to 2016, on average, means that housing is still out of reach of most Canadians, especially first-time buyers.”

MacBeth says prices have a lot further to fall before the correction is over.

“A key metric is annual growth of mortgage loans, which slowed from an average 7 per cent prior to 2017, to 2-3 per cent recently,” says MacBeth.

“The current growth rate is too low to support house prices at these elevated levels.”

“The 0.1 per cent monthly decline in the Teranet House Price Index in January equates to a decent 0.4% m/m increase in seasonally-adjusted terms.

“But the annual pace of house price inflation dropped back to just 2.2 per cent, and sales-to-new listing ratios suggest that it is likely to remain subdued,” says Stephen Brown, senior Canada
economist, in a research note.

Prices were up Quebec City (1.3 per cent), Halifax (0.7 per cent), Montreal (0.2 per cent), Toronto (0.1 per cent) and Winnipeg (0.1 per cent). Those increases were not enough to swing the national average into positive territory.

Vancouver is flat on the year and Brown expects it to flip negative after next month’s data is released.

Download the Yahoo Finance app, available for Apple and Android. 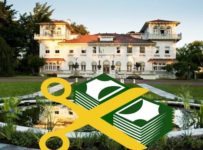 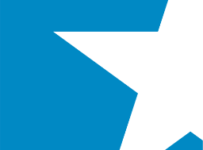