The residential real estate market in the Monadnock Region — and over in Vermont — is hot, hot, hot!

One real estate agent I know told me homes that only a year ago languished for lack of lookers now command top prices, some from buyers who bid on them sight unseen. A guy in Brattleboro told me his friend sold a run-down hovel in Bellows Falls for twice the asking price slapped on it last year.

I did a little investigating and found out that there’s two separate booms going on. One is along I-91 and the Amtrak line, and it’s mostly people fleeing the greater New York/New Jersey/Connecticut metro areas. But the boom in Keene and Cheshire County is predominantly refugees with money from the greater Boston area, looking west and seeking lower costs, fewer traffic jams and bucolic settings bereft of crime and high taxes.

So, in this time of virus, political unrest and economic uncertainty, against all logic, the prices of homes in this region are skyrocketing.

I know exactly, to the day, when this boom will end — the day I put our house up for sale.

This is a true story (as opposed to all the false stories I tell). When we moved to Keene in October 1988, there was a huge boom in real estate, which started about 1985, and all the local Yankees were screwing newcomers with horribly overpriced, shoddy construction. We scrimped together a down payment and bought a nice, albeit very small, house in West Keene. We’d just left the closing at an attorney’s office, and I picked up a copy of The Keene Sentinel and, no lie, a front-page headline proclaimed “Recession Officially Starts, Feds Say.”

We spent eight years in that house and sold it for 25 percent less than we paid. Now, that’s an investment! Fortunately, we remained in the same depressed real estate market and bought a nicer, bigger house that had also been ravaged by the big bust in real estate.

Advance the clock 20 years and we decided to put that house up for sale. It’s a fine house in a good neighborhood and you know what happened? Nothing. We didn’t even get one miserable lowball offer, even though we lowered the price and I offered to work for the new owner as an indentured servant for six months. As it turned out we didn’t mind, as we realized that we were emotionally attached to the place, even though the garage door collapsed on me, sending me to the emergency room, and a new roof cost me the equivalent of two years tuition at an Ivy League school.

Here’s what’s going to happen to this boom, and I’ll set my watch to it. The big cities will get their acts together, come back into their own, and most of the people who fled to this area will wake up and realize that life in banjo country isn’t what they thought it would be. It will take about two winters for them to figure out it’s damn cold out here, potholes get as big as World War I trenches, and most of the natives consider sophisticated culture to be watching television and going to Dunkin’ for their “Dunkies.” Oh, and yeah, when the temperatures plummet below 10 degrees, they wear their window curtains to the store. They also visit the public library only when they need to use the restrooms.

Now, along with this real estate boom, there are two other things going on. One is that rents for apartments are also going through the roof, and commercial real estate — office buildings — are suffering from a big bust. A one-room efficiency with a hot plate and 60-watt unadorned bulb swinging from the ceiling can go for a grand. Oy, vey!

Some greedy people are buying up real estate with the idea they’ll be kingpin landlords, but you already know what’s going to happen to them when the bust comes, as it always does — the good tenants will flee and it will take months, maybe even years, to evict the malingerers who don’t feel like paying the rent. And the whole time you have to keep fixing the plumbing. Remember, too, that the Keene City Council just passed an ordinance that could punish you if the wild tenants keep throwing out-of-control parties.

I feel about real estate investing much as I do about gambling down at Foxwoods. For every great story of someone winning thousands, there’s a hundred people sitting in their cars out in the parking lot, looking at their ATM withdrawal slips and wondering how they’re going to afford to go to dinner.

John McGauley, an author and local radio talk-show host, writes from Keene. He can be contacted at [email protected] 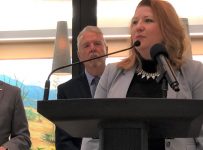 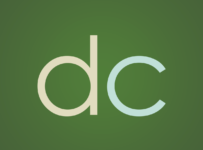