The Florida Department of Law Enforcement (FDLE) served a warrant at the home of Rebekah Jones, a former Department of Health data curator who made national headlines after being fired from the department for insubordination, in connection to a hack at DOH last month, according to an FDLE spokesperson.

FDLE confirmed the search after Jones, a data scientist and staunch critic of Gov. Ron DeSantis‘ pandemic response, took to Twitter to announce that state police had seized her “hardware and tech” from her Tallahassee residence.

A hacker sent State Emergency Response Team members text messages through a custom-made communications application for the Division of Emergency Management reserved for emergencies only. The Nov. 10 message, first reported last month by the Tampa Bay Times, urged recipients to “speak up before another 17,000 people are dead. You know this is wrong. You don’t have to be a part of this. Be a hero. Speak out before it’s too late.” DOH estimates that 1,750 messages were sent before software vendors with ReadyOp, who designed the system, were able to cancel the distribution.

“As part of our investigation, FDLE agents served a search warrant this morning at the Centerville Court residence where Ms. Jones lives after determining the home was the location that the unauthorized message was sent from,” FDLE spokeswoman Gretl Plessinger said in a statement.

After DOH issued a complaint to the FDLE, officers traced the source of the breach to Jones through her internet service, according to an affidavit signed Thursday by an FDLE investigator.

“They pointed a gun in my face. They pointed guns at my kids,” she said. “They took my phone and the computer I use every day to post the case numbers in Florida, and school cases for the entire country. They took evidence of corruption at the state level. They claimed it was about a security breach. This was DeSantis. He sent the gestapo.”

DeSantis’ communications director, Fred Piccolo, told CNN that “the Governor’s office had no involvement, no knowledge, no nothing, of this investigation.”

1/
There will be no update today.

At 8:30 am this morning, state police came into my house and took all my hardware and tech.

They were serving a warrant on my computer after DOH filed a complaint.

The video posted by Jones shows officers brandishing guns and telling Jones to exit her Tallahassee home. The video also shows a law enforcement officer yelling at Jones’ husband to “come down the stairs now.”

Jones can be heard saying in a high-pitched voice, “He just pointed a gun at my children.”

In an attempt to “minimize disruption to the family,” Plessinger said that agents knocked on the door at Jones’ home and called her phone.

“Agents knocked and called Ms. Jones both announcing the search warrant and encouraging her to cooperate. Ms. Jones refused to come to the door for 20 minutes and hung-up on agents,” Plessinger said. “After several attempts, Ms. Jones allowed agents inside. Agents entered the home in accordance with normal protocols and seized several devices that will be forensically analyzed. At no time were weapons pointed at anyone in the home. Any evidence will be referred to the State Attorney for prosecution as appropriate.”

In a subsequent tweet, Jones said she would have “a new computer tomorrow” and that she would get back to work on her website.

“If DeSantis thought pointing a gun in my face was a good way to get me to shut up, he’s about to learn just how wrong he was,” she wrote.

In an appearance on CNN’s “Cuomo Prime Time” with Chris Cuomo, Jones said officers only took her phone and computer and passed on her router and other computers in the household. The state isn’t after her, she said.

“On my phone is every communication I’ve ever had with someone who works at the state who has come to me in confidence and told me things that could get them fired or in trouble like this,” she said, “and I just want to say to all those people right now, if he doesn’t know already, DeSantis will know soon enough that you’ve been talking to me, so be careful.”

Jones’ attorney, Larry Walters, called it “highly unusual” for the state to have seized her confidential communications.

“We are concerned that this is retaliation for pursuing a discrimination claim against the state and criticizing the Governor’s COVID-19 response,” Walters said in a statement to WTSP. “We will thoroughly investigate these issues and take all necessary action to protect our client’s rights.”

After her CNN appearance, Jones tweeted that people asking how to help could spread the word, offer her a job outside the state or donate to her GoFundMe page. As of Tuesday morning, more than 2,700 people have donated nearly $100,000 of her target $150,000. A handful of donors have gifted $1,000 or more.

Monday’s raid is the latest confrontation between Jones and the agency where she once worked.

Jones, who used to curate coronavirus data for DOH’s dashboard as the department’s Division of Disease Control and Health Protection geographic information systems manager, was fired in May for what the DeSantis administration called repeated insubordination. Jones contends she was fired for refusing to manipulate the data.

“The blatant disrespect for the professionals who were working around the clock to provide the important information for the COVID-19 website was harmful to the team,” DeSantis’ then-spokeswoman Helen Aguirre Ferré said in May. “Having someone disruptive cannot be tolerated during this public pandemic, which led the Department to determine that it was best to terminate her employment.”

That month, DeSantis accused the national media of latching onto the story because claims Florida would become the next Italy of the pandemic didn’t come true.

“Maybe it’s that there are black helicopters circling the Department of Health,” he said. “If you believe that, I’ve got a bridge in Brooklyn I’d like to sell you.”

The administration also brought to the media’s attention criminal charges that had been filed against Jones last year.

A review of Leon County court documents shows that Jones was charged in July 2019 with two counts of cyberstalking and one count of sexual cyber harassment. According to court records, one of the cases involving Jones is still open.

Jones filed a whistleblower complaint with the Florida Commission on Human Relations in July.

The Nov. 10 hack came in the afternoon after news broke that the state’s Office of Policy and Budget had hired an Ohio sports blogger who downplays the virus’ severity on social media to manage the dashboard Jones once oversaw.

Since her firing, Jones has used publicly available DOH coronavirus data to create an alternate dashboard to track COVID-19 infections. In August, she launched The COVID Monitor to track cases in schools across the country.

Agriculture Commissioner Nikki Fried, Florida’s lone statewide-elected Democrat, tweeted that she spoke with FDLE Monday evening “to get to the bottom of this situation and to understand the facts.”

“Like most of you, I was shocked at what I saw on today’s video from (Jones),” she wrote. “Knowing that children were in the home, police should have exercised extreme caution.”

Orlando Democratic U.S. Rep Val Demings tweeted “We need more information on this troubling situation and we need it sooner rather than later.”

State Rep. Anna Eskamani, also an Orlando Democrat, called Jones’ video “horrifying,” sharing the post on Twitter, too. “Why are guns being drawn out for a ‘data breach’?”

“So wow, you mean (Gwen Graham) and (Nikki Fried)’s hero (Rebekah Jones’) house was raided by police today? It’s almost like they are getting let in on what we all know. (Ron DeSantis) is right, the pretenders are all out there spinning,” he wrote.

Ron Filipowski, a former Republican and Vice Chair and member of the 12th Circuit Judicial Nomination Commission, resigned his post over the Governor’s pandemic response and Jones’ treatment.

“Based on what I have seen and read, I find these actions unconscionable,” he wrote in his resignation letter Tuesday. “Even if the facts alleged are true, I would still call her a hero.”

Actor George Takei encouraged people on Twitter to donate to Jones’ dashboard “to support her work and to give the finger to DeSantis and his gestapo.”

The News Service of Florida contributed to this report. 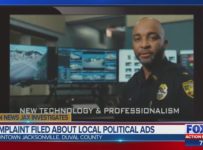 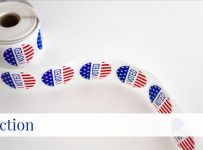