GENEVA (Reuters) – The International Committee of the Red Cross (ICRC) said on Thursday it feared that the U.S. designation of Houthi fighters in Yemen as a terrorist group would lead to a “chilling effect” on delivering vital aid to starving and sick civilians.

ICRC director of operations Dominik Stillhart said the agency urged states imposing such measures to consider “humanitarian carve-outs” to mitigate any negative impact on populations and on impartial aid.

U.S. Secretary of State Mike Pompeo announced the move, which will include sanctions against the movement and three of its leaders, on Sunday, hours after Reuters reported it.

It will come into effect on Jan. 19, the Trump administration’s last full day in office 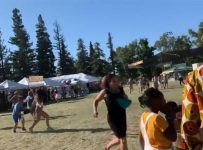